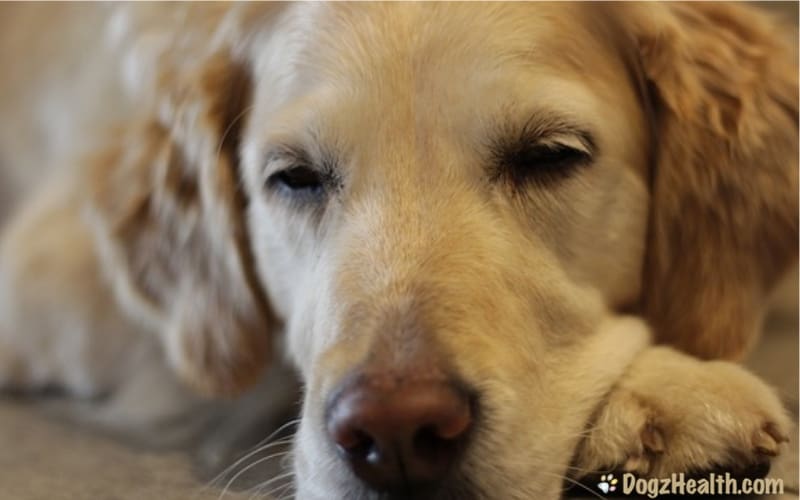 Anemia in dogs can be caused by blood loss, hemolysis, and inadequate red blood cell production. This page looks at the different causes of canine anemia together with their symptoms and treatment.
If a dog has a low red blood cell count in the circulatory system, he has anemia.

Red blood cells have a lifespan of 110 to 120 days, after that they are trapped by the spleen and removed from the circulation. The iron contained in these old cells are recycled to make new red blood cells.

In adult dogs, the normal range of red blood cell concentration in whole blood is between 39 and 60 percent by volume. Dogs are considered anemic when the concentration falls below 37 percent.

Anemia in dogs can occur to all breeds and dogs of all ages. The impact of anemia on a particular dog depends on the cause of the anemia as well as the severity of the anemia.

Symptoms of Anemia in Dogs

Since the function of red blood cells is to carry oxygen to different organs, symptoms of anemia are the result of insufficient oxygen in the organ tissues and muscles.

Common signs and symptoms of canine anemia include:

Dogs with severe cases of anemia will show such symptoms as: 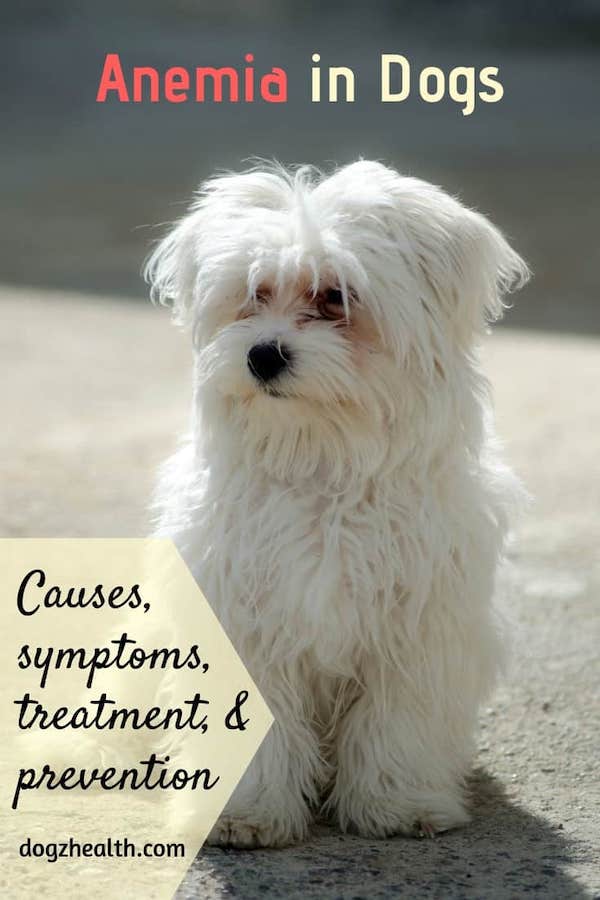 Dogs become anemic if they suffer from excessive blood loss, which can be the result of internal or external bleeding.

Usually traumatic injuries cause external blood loss. Internal blood loss can also be caused by trauma (e.g. hit by a car), which may lead to bleeding into the abdominal cavity.

Ingestion of rat poisoning is another cause of internal bleeding. The poison inhibits normal blood clotting resulting in bleeding internally.

Stomach ulcers, tumors in the GI tract, or intestinal parasites can cause slow bleeding in the gastrointestinal system.

In puppies, hookworms and fleas are common causes of chronic blood loss.

Treatment of this type canine anemia depends on identifying and treating the underlying cause.

Hemolytic anemia refers to the type of anemia caused by hemolysis, which is a premature destruction of the red blood cells.

Congenital hemolytic anemia in dogs can be caused by several inherited abnormalities in the red blood cell structure.

Since there is no effective treatment for congenital hemolytic anemia, breeders and dog owners should not breed dogs with this condition.

Another cause of canine anemia is when new red blood cells are not produced as fast as old cells are destroyed.

This occurs when the metabolic activity of the bone marrow is depressed due to chronic illness (especially illness related to the liver and kidney), or primary and metastatic cancer which has invaded the bone marrow.

Sometimes, when there is chronic bleeding due to, for example, parasite infestations or ulcers, iron deficiency will result. With iron deficiency, the production of red blood cells will slow down or even stop.

Certain drugs can also cause inadequate red blood cell production. They include chemotherapy agents, trimethoprim-sulfadizine (an antibiotic), butazolidin (a NSAID), quinidine (an antiarrhythmic agent), and others.

Estrogens for medical purposes as well as those produced by ovarian and testicular tumors can also depress bone marrow activities.

Treatment of this type of anemia in dogs includes finding out and eliminating the cause of bone marrow deficiency.

For example, drug-related bone marrow deficiency can be reversed once we stop using the drug on the dog.

In the meantime, if anemia is severe, the dog may need blood transfusions.

Diagnosis of Anemia in Dogs

To diagnose whether a dog is anemic or not, a vet usually use the several tests and procedures.

Certain blood tests such as the packed cell volume (PCV), red blood cell count, and hemoglobin count are performed to determine whether a dog is anemic.

In addition, the vet may perform a urinalysis, chest and abdominal x-rays, biochemical profile, and fecal exam to look for possible underlying causes.

How Can We Prevent Anemia in Our Dogs?

There are several things you can do to prevent or minimize the occurrence of canine anemia in our dogs. For example:

Never give your dog OTC medicines for human use because some such medication can contribute to anemia in dogs.