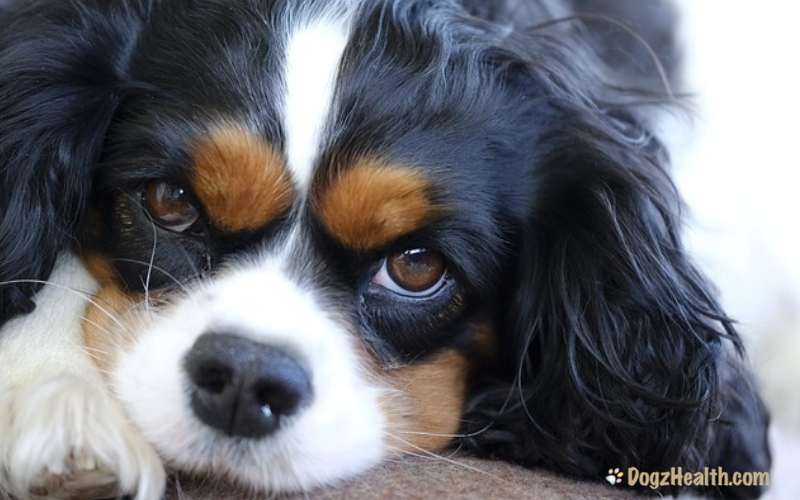 Autoimmune disease refers to conditions in which the immune system does not work properly. Specifically, it mistakenly sees some part of the body as foreign and starts to attack it. This page looks at the causes and different types of autoimmune disease in dogs.

The immune system is a dog’s first line of defense system against foreign substances. It is made up of a complicated network of white blood cells, antibodies, and other substances. These substances patrol, reject, and eliminate foreign proteins. Foreign proteins are those that do not belong to the body, such as bacteria, viruses, pollen, etc.

This network of defense system is designed to distinguish “self” cells from “non-self” cells.

How? You may ask. The system does so by using “markers” found on the surface of every cell in the body.

Simply put, by comparing the specific features of foreign proteins (“non-self” cells) to the body’s own proteins (“self” cells), the immune system can tell which ones are foreign. They then work to reject or eliminate them from the body.

When the Immune System Fails

This page looks at autoimmunity. Autoimmunity is an improper immune response that occurs when the immune system reacts to the wrong proteins and attacks the body itself. This results in different types of autoimmune disease. 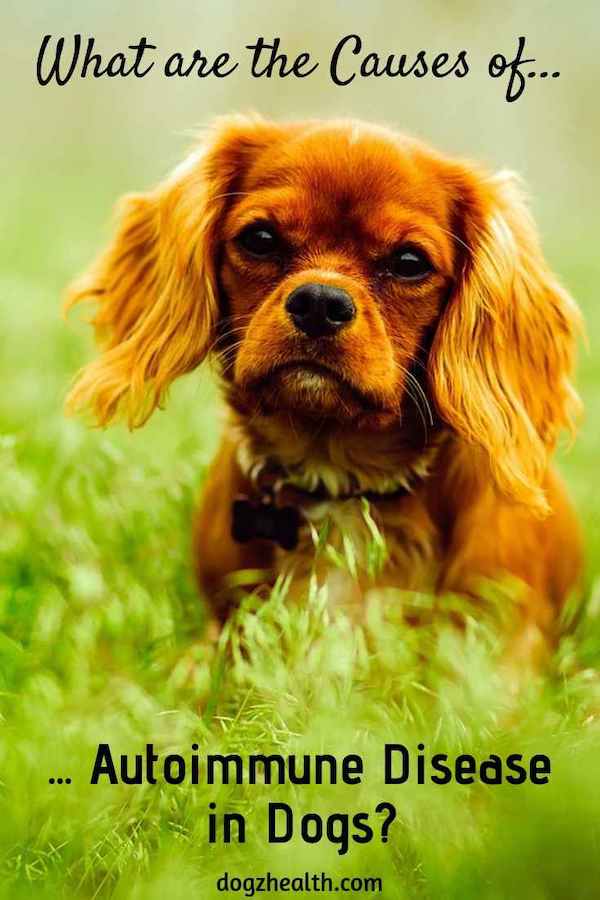 Autoimmune diseases can affect a single organ, or it can be systemic (whole body). In cases of systemic autoimmune disease, the antibodies target not only one organ but multiple areas of the dog’s body. This causes problems to arise in more than one organ or body part.

Some common examples of canine autoimmune diseases include (click on the links to learn more about each disease):

In Addison’s disease, the adrenal glands are affected and they fail to produce sufficient corticosteroid hormones.

Most cases of hypothyroidism in dogs are caused by autoimmune thyroiditis. This is an autoimmune disease that results in the atrophy and destruction of the thyroid gland tissue. As a result of the destruction, the gland cannot produce enough thyroid hormone (thyroxine).

Dogs with this disease have metabolic rates that are below normal as a result.

In pemphigus, the walls of the skin cells are targeted by the antibodies. As a result, these cells lose their ability to remain attached. They separate and form pustules, and small fluid-filled blisters.

Pemphigus folliaceus is the most common autoimmune skin disease in dogs.

This is a blood disease in which the immune system launches an autoimmune response against the body’s red blood cells.

Specifically, the red blood cells are destroyed prematurely by auto-antibodies that attack the antigens on the surface of the cells.

In rheumatoid arthritis, the cartilage and joint surfaces are destroyed. In non-erosive arthritis, there is inflammation with no tissue damage.

Lupus is a systemic autoimmune disease. The antibodies target and systemically affect different body organs (the skin, heart, kidneys, joints, nervous system). As such, a variety of symptoms can arise depending on which organ(s) the antibodies attack.

Causes of Autoimmune Disease in Dogs

Some of these factors include:

Some veterinarians believe over-vaccination can overstimulate the immune system. This causes some autoimmune disease to develop in dogs.

Certain drugs, such as antibiotics and corticosteroids, may alter the molecular appearance of some cells, making them look “foreign”. This may trigger the immune system to attack such cells.

Some veterinarians also argue that toxins, such as environmental pollutants, can trigger autoimmune disease in dogs. In addition, food preservatives such as ethoxyquin (an antioxidant found in most dog foods) may also be a culprit.

As you can see, canine autoimmune disease comes in different forms and causes different symptoms, depending on the parts of the body affected.

One way to keep a dog’s immune system healthy is to feed the dog a natural diet with no preservatives and additives.

It is also beneficial to give the dog immune-supporting supplements.

One such beneficial supplement is antioxidants.

Some minerals and vitamins are powerful antioxidants. They can help the immune system to get rid of free radicals and reduce oxidative stress. They do so without directly stimulating an immune response.

In addition to the above, removing toxins such as environmental pollutants is equally important in the prevention of autoimmune disease in dogs.