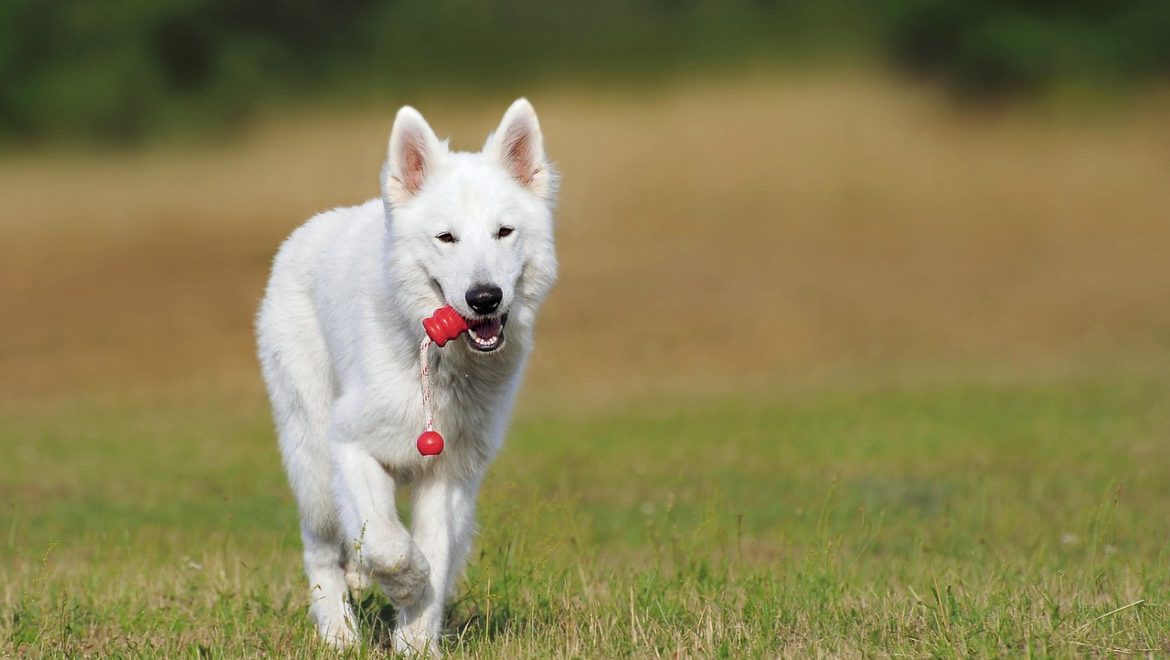 Antihistamines such as Benadryl are the second most common medications for dog allergy treatment, after corticosteroids.

Antihistamines are considered not as effective as corticosteroids in treating dog allergies, but they are the preferred medication for long-term allergy treatment because they have fewer side effects.

To understand how antihistamines such as Benadryl work, we have to first look at histamine.

Histamine is a chemical that is released by mast cells and basophil cells in a dog’s body in response to contact with any allergen (i.e. foreign substances that can trigger allergic reactions in dogs, such as house dust, pollens, ragweed, certain food ingredients, etc.).

These receptors are located in the body on various cells.

Once histamine locates a receptor, it locks onto the receptor and the cell undergoes biochemical changes.

These changes produce symptoms associated with an allergic response such as swelling, itching, runny nose, and so on. The H1 receptors also cause increased permeability of blood vessels resulting in fluid accumulation or edema.

Antihistamines are drugs that work by blocking the histamine receptors. They physically prevent histamine from locking onto its receptor, preventing the production of the signs and symptoms of an allergic response as described above.

Effectiveness of Antihistamines for Dog Allergies

A number of studies have been done to test the efficacy of numerous antihistamines in treating dog allergies.

The results have been variable – 10 to 30% of dogs treated with antihistamines have shown improvement in their symptoms.

Generally speaking, compared to corticosteroids such as Prednisone, antihistamines are not so effective in treating dog allergies.

The reason is, allergy symptoms are caused not only by histamines, but also by other chemicals in the body such as prostaglandins.

Antihistamines block only histamine receptors but they have no effects on the other allergy-causing chemicals, whereas corticosteroids also work on other chemicals such as preventing the formation of prostaglandins.

Also, antihistamines work best in preventing itching before this and other allergy symptoms actually appear.

They are not particularly effective in reducing the severity of symptoms once they have already set in.

Diphenhydramine is sold under the brand name of Benadryl.

It works by inhibiting the action of histamine, particularly its effect on H1 receptors. As a result, the drug can reduce or prevent some allergy symptoms in dogs, such as itchiness and inflammation.

Diphenhydramine is not approved for use in animals by the FDA (Food and Drug Administration) but is prescribed legally by veterinarians as an extra-label drug.

Diphenhydramine such as Benadryl is available over the counter but if you intend to use Benadryl to treat your dog’s allergy, consult with your vet first.

Recommended dosage of Benadryl for dogs is 1 mg per pound of body weight, to be given orally every eight hours.

Benadryl for Dogs – Potential Side Effects

Unlike corticosteroids, antihistamines are comparatively safe drugs for treatment of dog allergies.

Just like in people, one of the most common side effects of antihistamines in dogs is drowsiness (sedation). You may find your dog more sleepy and tired while on this medication. In some cases, this condition wears off in a few days.

Other possible side effects include lethargy, vomiting, diarrhea and lack of appetite.

Since antihistamines such Benadryl are metabolized by the liver, if your dog has liver disease, be sure to check with your vet before starting him on any antihistamines.

Also antihistamines should not be used in dogs with the following health issues:

Benadryl may interact with other medications, which include epinephrine, tranquilizers, heparin and barbiturates.

As a precaution, if your dog is taking other medications, consult with your vet to determine if Benadryl could interact with any of such medications.