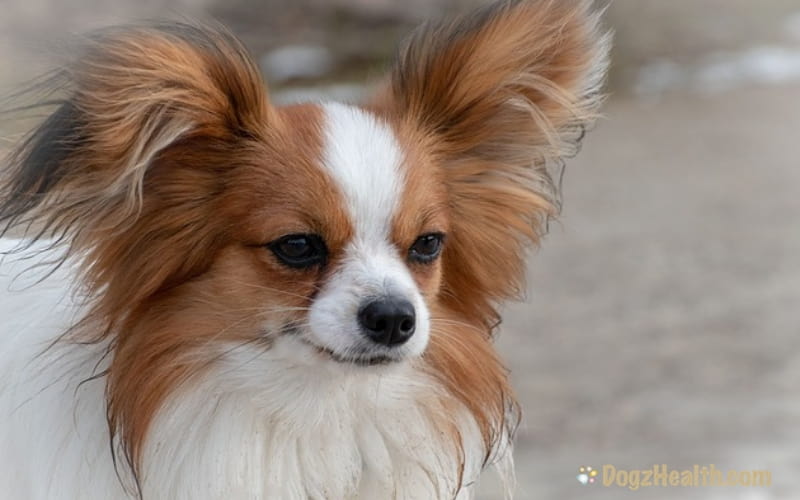 Blood in dog urine is a dog illness symptom. It is usually an indication of some form of urinary tract problems, such as stones in the bladder or urinary tract, infections of the bladder or kidney, and more. Read on to find out more about the possible causes of this dog illness symptom.
Canine hematuria (blood in dog urine) very often is a symptom of some form of urinary tract problems, in which case the dog will show other accompanying symptoms such as frequent urination, urination incontinence, and painful urination.

If you notice blood in your dog’s urine, take your dog to the vet immediately to find out the underlying cause.

It will be helpful to the vet if you check the amount of blood in the urine, and try to determine whether the blood appears in the first portion of the urine, at the end of voiding, or uniformly in the urine, as this can indicate different urinary problems in dogs:

Urinary Tract Problems That Cause Blood in Urine

Here is a list of possible dog illnesses that can result in blood in a dog’s urine. 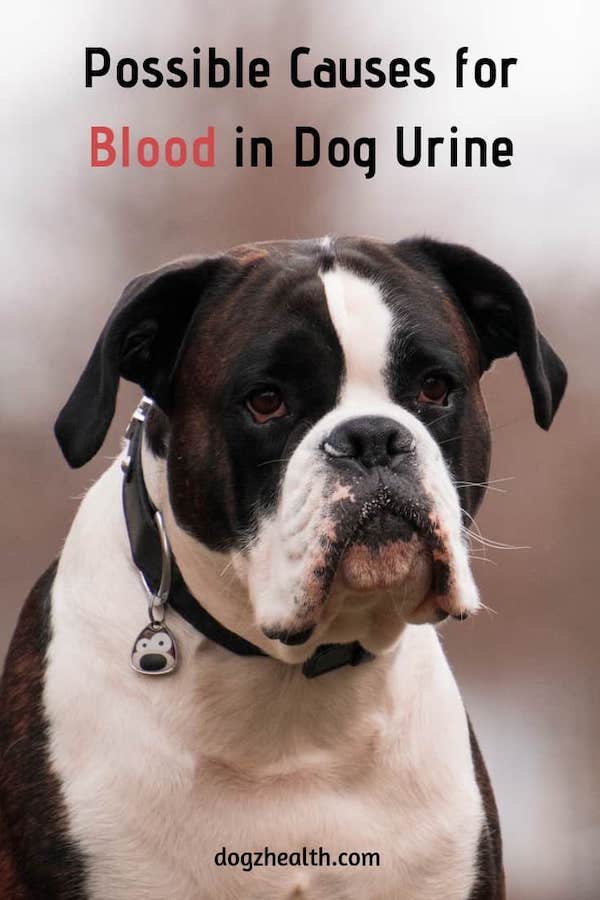 In many cases, an urinary tract infection precedes a bladder infection in dogs.

Female dogs have shorter urethras, so it is easier for bacteria to travel upwards. As such, female dogs are more susceptible to infections of the urinary tract and bladder.

Bladder stones in dogs are common, but kidney stones are not. In most cases, the stones are in the bladder, but sometimes some of the stones may pass into the urethra.

If the stones are very small (gravel-like), they may be passed in the urine without causing much pain to the dog, but traces of blood in the dog’s urine may be found.

But if the stones are large, the dog will have frequent urination. There may be dribbling and the dog may strain while urinating. If a stone is large enough, it can cause a blockage which is extremely serious and requires immediate veterinary attention.

Kidney infection is caused by bacteria and in most cases is a result of a bladder infection. Other symptoms of a kidney infection include fever, appetite loss, vomiting, and lower back pain. Some dogs may also show signs of painful urination.

Dogs who have sustained internal injuries especially to the kidneys may have blood in the urine.

Male intact dogs usually develop benign prostatic hyperplasia (prostate enlargement) at around 5 years of age and the problem progresses as the dog gets older.

Canine prostate cancer also causes enlargement of the prostate and therefore has symptoms similar to those of benign prostatic hyperplasia.

This form of cancer is rather aggressive and causes symptoms similar to a bladder infection, such as frequent urination, blood in urine, and straining to urinate.

As you can see, serious health problems such as infections and even cancer share similar symptoms as other less serious ones. So it is very important to get a proper diagnosis if your dog shows any of the above symptoms.

Other Causes of Blood in Dog Urine

Besides problems related to the urinary tract, there are some other problems that can result in blood in dog urine, such as:

Dog yeast infections (Candida) can cause a lot of health problems in a dog, including infections in the bladder and urinary tract which in turn may result in bloody urine.

If your dog has Candida, he will most likely show a lot of other symptoms such as skin problems (hives, eczema, hot spots, etc.), ear infections, food allergies, GI problems (e.g. diarrhea, bad breath, gas).

Some rat poisons such as warfarin are anticoagulant and, if ingested by dogs, can cause blood-clotting problems. You will see blood in the dog’s urine, and the dog will show other signs of poisoning, including vomiting, diarrhea, lethargy or restlessness.

If you suspect that your dog has ingested rat poison, rush him to the vet for emergency treatment.

vWD is the most common inherited bleeding disorder in dogs. More than 50 breeds of dogs are affected and both males and females can transmit and express this genetic trait.

In most cases, the bleeding in vWD is mild and lessens with age. But in serious cases, bleeding occurs in several places, such as the nose, beneath the skin and into the muscles, and there is blood in the urine and stool.

This is a rickettsial disease caused by a parasite transmitted by several species of ticks. An acute infection usually occurs in the tick season (April to September) and produces signs such as high fever, appetite loss, cough, depression, swelling of the legs, and joint and muscle pains.

One or two weeks after the onset of the illness, some dogs may develop bleeding problems, such as nosebleeds, and blood in the urine and stools.

Some medications such as cyclophosphamide (a drug used to treat cancer and immune disorder) can also result in blood in dog urine.

As you can see, most underlying causes of blood in dog urine are rather serious health issues that need veterinary intervention and treatment. Be sure to seek veterinary attention if you find blood in your dog’s urine.

Diagnosis of the underlying cause is made by physical examinations and tests, including urinalysis, blood tests, and x-rays.