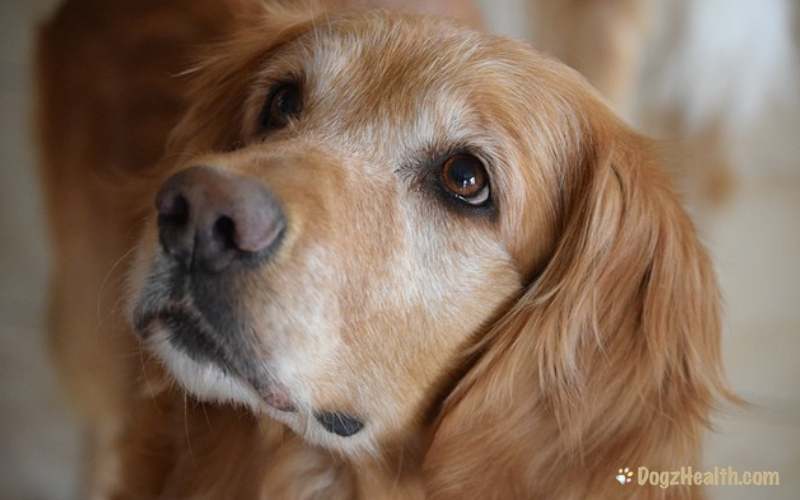 Bone cancer in dogs can cause lameness, swelling, and intense pain. Surgery and chemotherapy combined are the best treatment options. Read on for information on the symptoms, causes, and conventional treatment of dog bone cancer.

Osteosarcoma is the most common form of bone cancer in dogs. It occurs in more than 8000 dogs each year in the USA.

Osteosarcoma in dogs is mostly found in the legs and arms (appendicular skeleton). In 75% of all cases, it starts in the long bones of the legs, most often affecting only one single leg. However, osteosarcoma can also occur in other parts of the body, such as the spine, ribs, jaw, and skull.

The tumors grow within the bone itself, causing the bone to expand.

Osteosarcoma is very aggressive and is known for local invasion, where the tumor sends cells out into the surrounding bone. It usually grows very quickly, and can cause bone disintegration and/or bone production.

As you can imagine, this form of bone cancer in dogs can become very painful as the tumor grows, usually within just a few months.

Osteosarcoma can also spread to other parts of the body (metastasis). It is especially infamous for “micrometastasis”. It means that tumor cells have spread but due to their small size they are invisible on x-rays or blood tests.

Most cases of canine osteosarcoma (about 90%) have undergone micrometastasis by the time they are diagnosed, making this type of cancer difficult to cure. 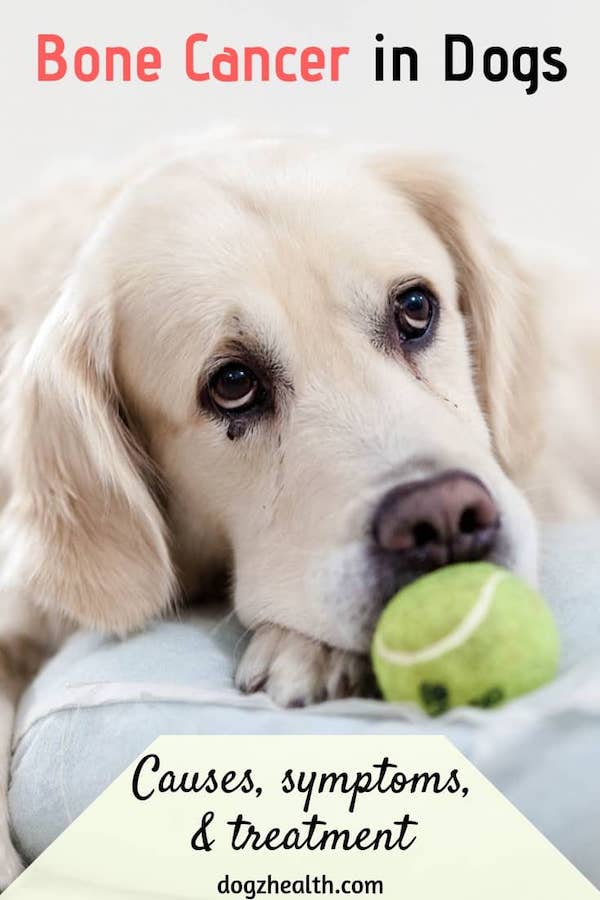 Causes of Bone Cancer in Dogs

As in all cancers, the exact cause of bone cancer is not known. But there are a few risk factors that can trigger development of this cancer in dogs:

Large breed dogs are more prone to canine osteosarcoma. Dogs weighing 75 pounds or over are more than twice as likely to get bone tumors than those weighing less. The bigger the dog, the higher the risk of developing bone cancer.

The risk of bone cancer is slightly higher in male dogs than females.

For dogs spayed or neutered before one year of age, the risk seems to be even higher. So if you have a high-risk puppy, allow the dog to remain intact until at least 18 or 24 months of age.

Prior injuries, such as bone fractures, or even bullets lodged in the bone, tend to trigger osteosarcoma. Sometimes, a previous infection can also trigger this cancer.

Bone cancer occurs more frequently in middle-aged to older dogs (average age is 7 years), although osteosarcoma in the rib tends to occur in younger adult dogs.

Symptoms of Bone Cancer in Dogs

Depending on where the cancer occurs, the signs and symptoms of this cancer vary and can be non-specific.

One of the hallmark signs of canine osteosarcoma in the limb is pain, causing the dog to limp.

As the tumor continues to grow, the bone containing the tumor will expand. If you touch the affected area, you can probably feel a swelling, especially if the tumor occurs in bone without a lot of muscles around it, such as within the lower legs.

In advanced cases, the bone will become weak at the site of the tumor, causing it to fracture even with minor normal weight-bearing activities like walking.

Other symptoms may arise as a result of the pain caused by the tumor, such as:

Symptoms of osteosarcoma in sites other than the limbs depend on the location affected.

For example, osteosarcoma that occurs in the skull or facial bones can cause local facial swelling, trouble opening the mouth and swallowing, and nasal discharge.

Dogs with osteosarcoma in the ribs can have a hard lump in the chest area on the affected rib.

Diagnosis of Bone Cancer in Dogs

A vet usually bases his diagnosis on an evaluation of all the clinical signs, a physical examination and X-rays of the affected site.

The X-rays often reveal a characteristic bone pattern that, combined with history and breed, may point to bone cancer.

The vet will also use various other tests (such as chest X-rays, blood and urine tests) to see if metastasis (spreading of the cancer to other parts of the body) has occurred.

Several treatment options are available, depending on the location of the tumor, whether the cancer has spread, etc.

The conventional treatment of choice for canine bone cancer that occurs in the limbs is surgery (amputation of the affected limb). Surgery can not only remove the tumor (thus preventing it from spreading), but also lessen the pain caused by the tumor and the threat of bone fractures.

However, surgery can only be effective if the cancer has not spread to other parts of the body.

Survival time after amputation is approximately 4 to 5 months. About 11% of these dog patients can live for one year, and about 2% will survive 2 years.

Chemotherapy is most useful when combined with surgery. Common drugs for chemotherapy include cisplatin or carboplatin.

When combined with surgery, either of these drugs increases the survival time to about 6 to 13 months after surgery.

Radiation therapy for dogs with osteosarcoma is primarily to relieve pain rather than cure. It can reduce the pain and discomfort of about 83% of dogs.

Limb-sparing surgery involves removing the bone and putting in either a metal plate or a piece of bone from a bone bank. The procedure is possible if the affected limb is the front leg, down by the wrist joint.

In up to 28% of limb-sparing procedures, tumors re-grow in the remaining bone.

To significantly decrease this tumor recurrence rate, the vet can put a sponge-like material containing the chemotherapy drug cisplatin right into the surgery site during the procedure.

This sponge-like material is called OPLA-Pt (open-cell polylactic acid that contains platinum). It slowly delivers the drug into the bloodstream and works on any cancer cells that may have re-grown or left unremoved.

There are a couple of new drugs that may help dogs with bone cancer:

At Cornell University, research is being done to explore the use of pamidronate to control pain caused by osteosarcoma. Pamidronate is one of a group of drugs called bisphosphonates, which block bone breakdown.

Besides controlling pain, they may also have anti-tumor effects and help block tumor spread. They do so by disrupting the formation of new blood vessels which are used by tumors to feed themselves.

However, only a small proportion of dogs (one out of 4) respond well to this drug, and it has to be given as an IV injection at a vet’s clinic.

This is an ancient Chinese herb that has been used in Asia for years to cure malaria, and seems to be effective in treating osteosarcoma.

Cancer cells contain a high amount of iron which they need to reproduce their DNA during cell division. They bring the iron in through small “gates” in their outer cell membranes.

Artemisinin can enter the cells and react with the iron, forming free radicals within the cancer cells. This can destroy the cancer cells from the inside out, and at the same time poses little or no danger to the normal cells.

Artemisinin does not seem to be contraindicated with chemotherapy and the two treatment protocols can be used together.

However, artemisinin may cause neurological side effects in dogs when given in high doses. It may also lessen the effectiveness of some seizure-control drugs, so it should not be used without professional supervision.

If you are interested in using artemisinin as part of the treatment for your dog’s osteosarcoma, be sure to discuss with your vet first.