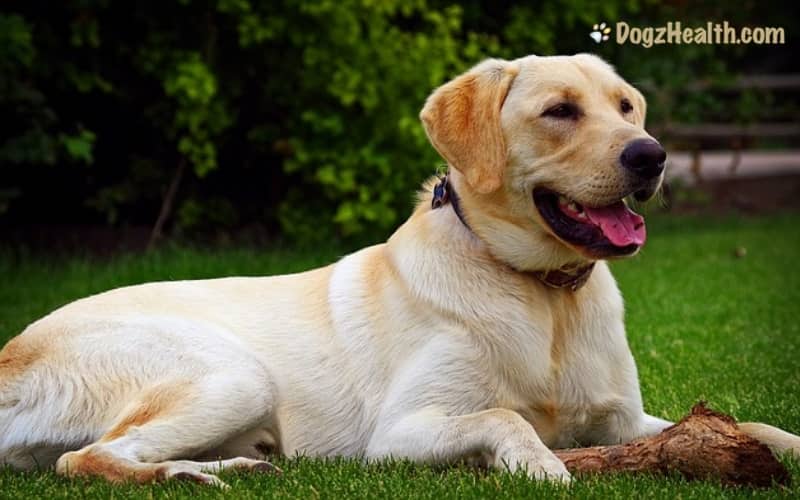 Brain tumors occur quite frequently among older dogs. Symptoms vary depending on the exact location of the tumor. This post looks at the various possible symptoms, causes, and conventional treatment of brain tumors in dogs.
A tumor is formed when abnormal cells grow out of control. A brain tumor can grow within the skull, inside the brain, in the cranial nerves, or even in the pituitary and pineal gland.

Primary brain tumors are those that arise from the brain cells that have started to grow uncontrollably.

Common primary brain tumors in dogs include Meningioma, Glioma, and others.

Metastatic brain tumors are those that arise when cancer cells located primarily in other organs spread to the brain.

Brain tumors occur very commonly in older dogs, regardless of gender or breed. In fact, it has been found that 95% of older dogs over the age of 7 suffer from some form of brain tumors.

In recent years, there has been an increasing incidence of brain tumors occurring in younger dogs as well. Some breeds such as brachycephalic breeds (e.g. Boxers, English Bulldogs, and Boston Terriers) are more susceptible to brain tumors when they are younger.

It has been found that 95% of older dogs over the age of 7 suffer from some form of brain tumors. 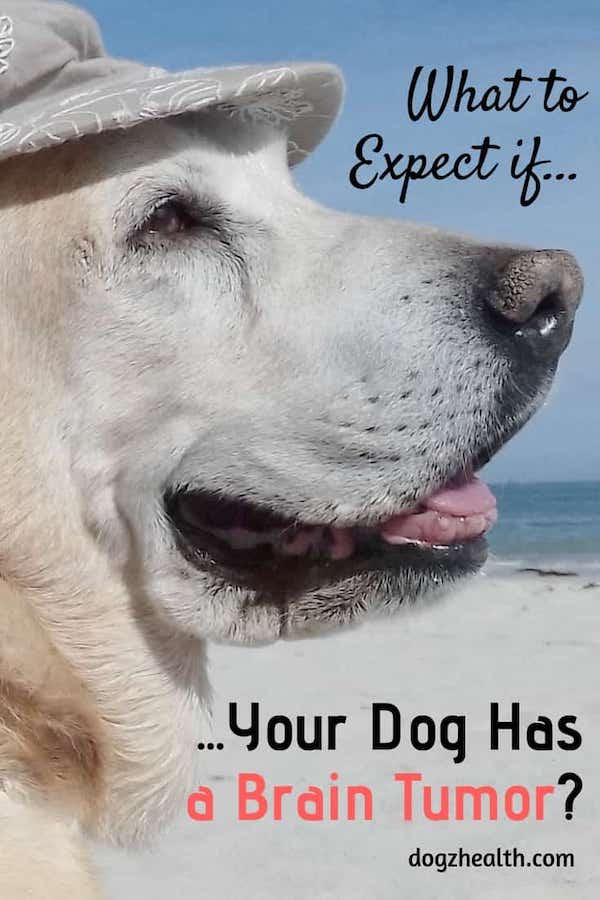 The exact causes of brain tumors in dogs are not known.

Possible triggers may include:

Brain tumours can cause numerous signs and symptoms in dogs depending on the part of the brain affected.

In older dogs the symptoms are progressive. They may start very suddenly or quite slowly, and they can get better and then worsen again.

Typical signs and symptoms shown by a dog having a brain tumor include:

Symptoms and Part of Brain Affected

As mentioned earlier, the symptoms to a large extent depend on the part of the brain that is affected. For example:

Cancer in the forebrain (which is responsible for cognitive behavior and integration of sensory information) will cause cognitive changes in a dog, such as:

Cancer in the brainstem will affect the balance, respiratory and cardiovascular functions of a dog.

This is because the brainstem is responsible for regulating and controlling motor function; maintaining a sense of balance; controlling movement of and sensation to the face, the eyes, the throat, larynx and tongue, and the muscles of mastication (chewing and biting).

Typical symptoms of cancer in the brainstem include:

If the tumor affects the muscles responsible for chewing, the dog will have difficulty eating and swallowing.

If the tumor affects the respiratory system, the dog will have difficult breathing.

Dogs with tumors in the brainstem usually end in paralysis, coma and death.

Finally, tumors may arise in the cerebellum, which controls coordination of movements and, together with the vestibular system, controls balance and posture.

A dog with a tumor in the cerebellum shows such symptoms as:

Are Brain Tumors Painful for Dogs?

Whether a dog with a brain tumor is in pain or not depends on the size and location of the tumor. The problem of course is we cannot know for sure as dogs cannot tell us how they feel.

However, observe your dog closely and if your dog is in pain, you can find telltale signs, such as:

Diagnosis of brain tumors in dogs is made based on clinical signs as well as brain scanning using CT scan or MRI.

To determine if the tumor is malignant or benign, the vet will do a biopsy. However, since most cases of brain tumors occur in older dogs, doing a biopsy may not be an option as the procedure itself may be too much for the old dog to handle.

The vet will also do chest and abdominal x-rays and sometimes abdominal ultrasound to see if the cancer has metastasize and, if so, to what extent.

In cases where surgery is impossible, such as metastatic tumors or tumors that are located too deep inside the brain, radiation therapy is one way to slow down the growth of the tumor.

Sometimes, after surgery, the dog will also receive radiation treatment. Radiation can result in dramatic and rapid improvement of signs.

Unfortunately, radiation by itself usually cannot destroy the tumor and average remission times are 8 to 14 months before the tumor recurs.

Depending on the location of the tumor, radiation may cause some side-effects, such as ear infections, nausea, or ulcers in the mouth.

For example, the vet may give a combination of anti-inflammatory medication (corticosteroids such as prednisone) to reduce the swelling and pressure caused by the tumor. He may also prescribe anti-seizure drugs such as Phenobarbital to reduce the severity and frequency of seizures.

Palliative treatment will keep the dog alive for an average of 2 to 3 months while maintaining a reasonable quality of life for the dog.