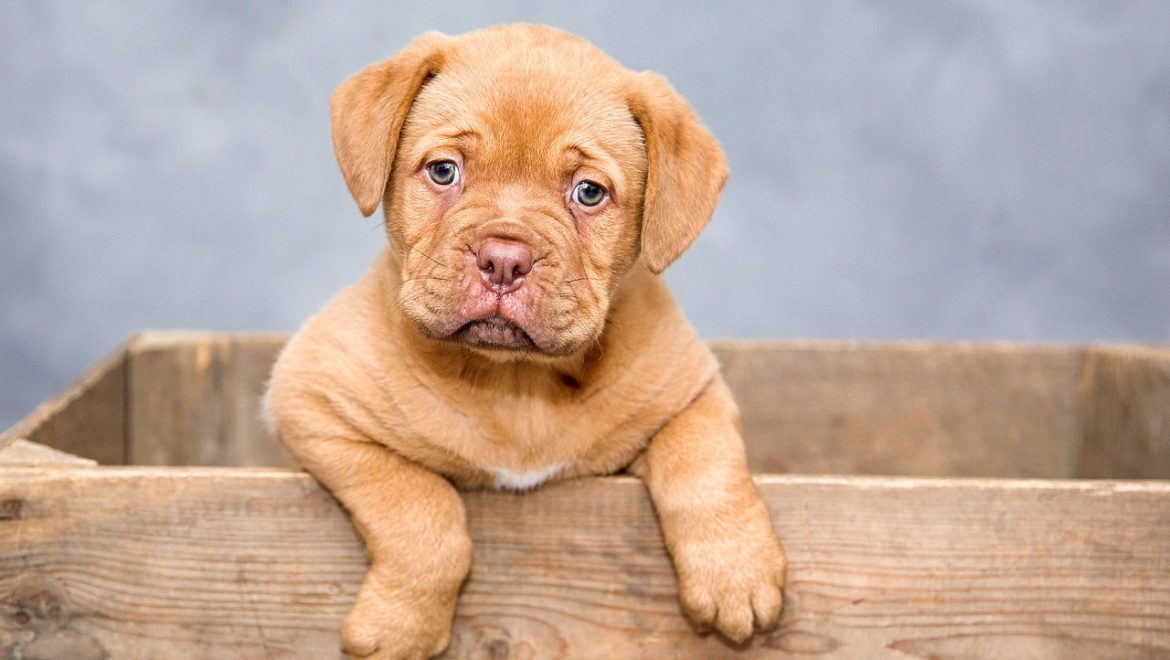 Canine ear mites, Otodectes cynotis, live in the ear canals of dogs and are highly contagious. The mites cause intense itchiness, which may result in canine ear infection. Read on and learn more about the symptoms and treatment of ear mites in dogs.

There are several types of ear mites that live in the ear canals of dogs and cats. The most common type of dog ear mites is the Otodectes cynotis. These are small parasites that feed by piercing the dog ear skin.

Although they normally live in the ear canals, ear mites can also be found in other parts of the dog’s body, especially the head, the neck, and the base of the tail.

Canine ear mites have a four-week cycle. Puppies and yound adult dogs are more easily affected by ear mites, although they can be present in dogs of all ages.

Ear mites are extremely contagious and are spread by physical contact, so they can easily be spread to other pets within the household, including cats, dogs, rabbits, hamsters, ferrets, etc. However, humans are not affected.

Dogs infested with ear mites will have intense itching. They will scratch their ears and shake their heads violently. They may also tilt their head to the side where the ear is infested.

The ear flaps will become red, crusted, and scabbed. A case of mite infestation usually involves both of the dog’s ears.

In more advanced infestations, the ear canals will bleed and either fresh or dried blood will appear inside the canals.

Dried blood mixed with waxy discharge which resembles coffee grounds can be seen in the canals. The ears may have a bad odor caused by secondary ear infection.

Ear mites can have serious repercussions for the dog’s ear health.

If untreated, they can severely damage the ear canals and eardrum and can cause permanent hearing loss.

Ear mites can be identified by removing a specimen of the waxy substance from the dog’s ears and examining it using a magnifying glass against a black background such as a piece of black cloth.

If mites are present, you can see white moving specks about the size of the head of a pin.

Before medicating the dog’s ears to kill off the mites, a thorough professional ear cleaning is essential. Dirty ear canals with lots of wax and debris not only provide shelter for the mites but also make it difficult for the medications to contact and kill them.

Conventional mite medications contain an insecticide, usually pyrethrin and thiabendazole, that kills the mites. Flea control products that are also effective against ear mites (such as Frontline, and Revolution) have also been used by some veterinarians.

Depending upon the medication used, treatment is required for two to four weeks until all mites are killed. During treatment, many ear mites may escape from the ear canals and live elsewhere on the dog’s body, in which case the entire body has to be treated as well.

As mentioned above, ear mites are highly contagious. Therefore, all pets in the household should be treated to prevent reinfestation.

If your dog is prone to ear mite infestations, consider using Ear Clean Gold for Dogs to keep his ears clean. This is a natural herbal ear drop with oils such as mullein oil, rosemary, and calendula which are effective in repelling mites and preventing infections.