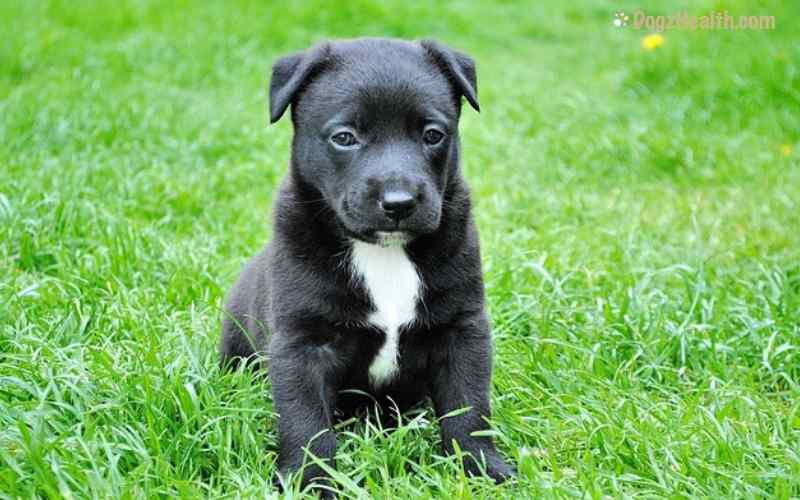 Canine heartworm symptoms include coughing, exercise intolerance, and in later stages panting and breathing difficulty. Organs commonly affected by heartworms include the heart, the lungs, the liver, and the kidneys.
Heartworm symptoms in dogs are caused by the parasite heartworm (Dirofilaria immitis). They are known as “heartworms” because the adult worms live in the right side of a host’s heart.

Dogs are the natural hosts of heartworms although sometimes cats can be infected as well.

Mosquitoes are the culprits that transmit heartworms to dogs. Since mosquitoes exist almost everywhere, this disease can occur in dogs all over the world.

This page focuses on canine heartworm symptoms and prevention. Visit this page to learn more about the life cycle of the heartworm. 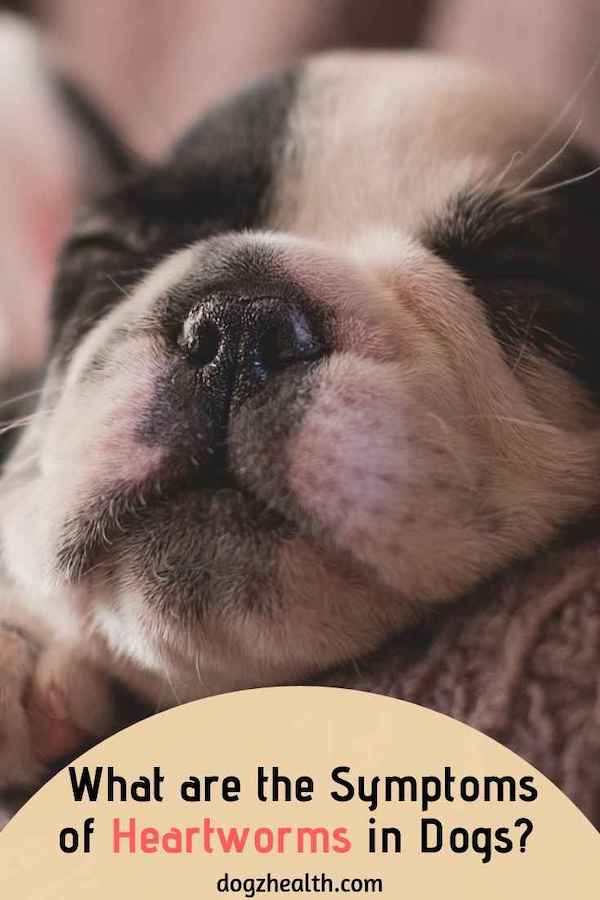 In most dogs, the major organs that are affected by heartworms include the heart, the lungs, the liver, and the kidneys.

Generally speaking, when there are fewer than 50 adult heartworms in the dog, the worms live mostly in the pulmonary arteries and the right ventricle of the heart. But when the numbers are over 75, the worms extend to the right atrium.

With an even heavier infestation, the worms may migrate into the superior and inferior vena cavae (2 large veins of the heart) and the veins of the liver.

Dog heartworm signs and symptoms depend on the number of worms in the dog, and the size and health condition of the dog.

Very often, if a dog has only a few worms in the body and if he doesn’t exercise strenuously, he may never show any symptoms of heartworm.

Although some dogs infected by heartworms may show acute signs, in most cases, the disease begins with little or no symptoms at all. As the infection becomes more severe, the dog slowly show more symptoms.

Below is a brief outline of the canine heartworm symptoms according to the severity of the disease.

In most cases, early infection of heartworm in dogs shows no symptoms.

The typical signs include tiring easily, exercise intolerance, and a soft, deep cough.

As the disease progresses, the above symptoms (cough, exercise intolerance, tiring) become more serious and obvious. The dog will also have difficulty breathing, panting, and have severe coughing after exercise to the point of fainting.

Additionally, the dog will lose weight. The ribs will become prominent and the chest will start to bulge.

Using a stethoscope, we can hear a heart murmur over the right side of the chest. The worms in the pulmonary arteries can obstruct blood flow and cause the vessels to clot, leading to a condition known as pulmonary thromboembolism.

When the worms migrate and live in the vena cava or hepatic veins, they can cause a condition called vena cava syndrome. This leads to liver failure with jaundice, fluid accumulation in the abdominal cavity, spontaneous bleeding, and anemia.

In two to three days, the dog will collapse and die.

A vet uses a number of blood tests and other means such as X-rays to make a diagnosis.

The heartworm antigen test is the most accurate test although there are limitations to the test.

This test identifies an antigen produced by the adult female heartworm but cannot detect infections in which only males are present.

The test examines a sample of blood under the microscope to identify the presence of microfilaria.

While a positive test definitely indicates heartworm infection, a negative test does not necessarily mean there is no infection. The reason is, about 10 to 25 percent of infected dogs do not have microfilaria in their blood circulation.

There is another type of microfilaria called Dipetalonema which can be detected in a dog’s blood tested for heartworm infection.

Dipetalonema is the offspring of a harmless worm that matures in the tissues beneath the skin of dogs. This type of microfilaria can be differentiated from those produced by heartworms through microscopic examination evaluating size, shape and their movement.

If a dog is tested positive for heartworm, a chest X-ray is usually taken to determine the severity of the infection. X-rays of dogs with heavy infestations will show enlargement of the right ventricle and/or pulmonary arteries.

Heartworms in dogs can cause serious health damage, such as congestive heart failure and liver problems to heavily infested dogs. So, it is important that a heartworm prevention program is in place especially for dogs living in areas where mosquitoes are aplenty.

Successful treating heartworms in dogs depends on many factors. For example, the number of heartworms, their location, the age and the condition of the dog, and whether there are complications such as congestive heart failure or liver disease.

The objective of treating heartworms in dogs is to kill all the adult heartworms, as well as the larvae (microfilaria), and then to initiate preventive measures.

But killing adult heartworms involves the use of a very strong heartworm medicine (Immiticide®) that contains arsenic. The medicine can cause (though not frequently) such toxic reactions in dogs as appetite loss, vomiting, diarrhea, jaundice, kidney failure, and sometimes even death.

In addition, heartworm treatment can cause thromboembolism in dogs, a complication caused by the death of adult worms. The dead worms are carried by the bloodstream into the pulmonary circulation, where they obstruct the blood flow and cause the vessels to clot.

In view of the potential danger (and the costs involved) in treating heartworms in dogs, it is much better and safer to prevent infestations in the first place.

Your vet will also repeat this test every year even if your dog is on a heartworm prevention program.

The reason for the test is that, many heartworm preventive medicines can cause rather serious illness if given to a dog with circulating heartworm larvae (microfilaria).

Many veterinarians as well as the Amercian Heartworm Society is now recommending year-round prevention, even in seasonal areas. Discuss with your vet the most suitable preventive program for your dog.

Below is a list of the most common medicines for canine heartworm prevention:

This heartworm medicine contains ivermectin which acts on the L4 heartworm larvae. Even dogs already infected with heartworms for as long as two months before treatment will be blocked from developing heartworm disease. Heartgard® is to be given orally once a month.

This chewable tablet contains ivermectin and pyrantel pamoate, and can prevent not only heartworms but can also control roundworms and hookworms.

This heartworm medicine for dogs contains milbemycin oxime which also acts on the L4 heartworm larvae. It also controls hookworms, roundworms, and whipworms. It is to be given orally once a month.

This heartworm medicine contains selamectin and is a liquid heartworm preventive applied once a month to the skin of the dog’s neck (between the shoulder blades). Besides preventing heartworms, it also controls fleas, prevents flea eggs from hatching for a month, treats ear mites and sarcoptic mites.

This is an injectable form of heartworm medicine for dogs which contains moxidectin. One injection can provide protection against heartworm for 6 months.

In more severe cases, seizures and even death may occur. The rate of these side effects seems rather high compared to other heartworm preventives.

Because of a defect of a gene (gene MDR-1), some dog breeds are susceptible to the potential toxicity of the drug ivermectin (Heartgard® and Heartgard® Plus).

These dog breeds include most herding breeds such as the Collies, Border Collies, Shetland Sheepdogs, Australian Shepherds, Old English Sheepdogs, and longhaired Whippets.