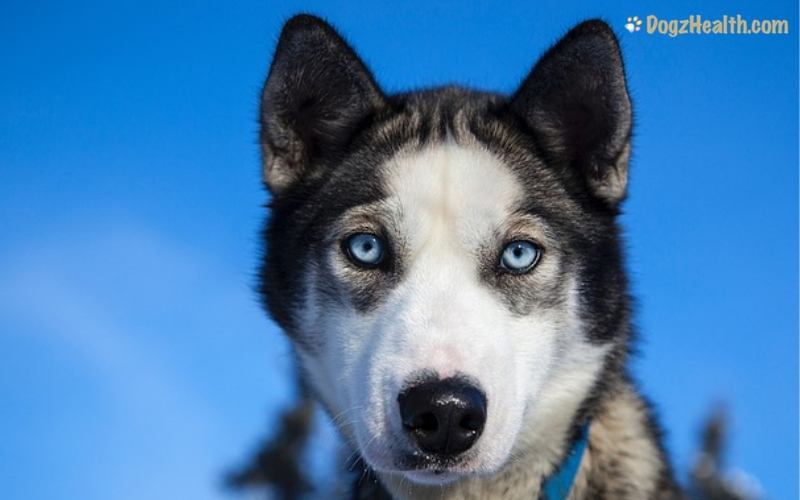 The cancer can occur anywhere in the body where there is dark skin coloration. For example, the inside of the mouth, on the lips, on the toes, on the trunk and limbs, on the eyelids, and sometimes under the eyes.

(There is another form of benign skin tumor called melanocytomas, which also arise from melanocytes.)

Most skin tumors found on a dog’s skin covered by hair are benign growths such as melanocytomas, although occasionally (about 10% of the time) melanomas can be found in areas covered by hair.

Melanomas at these sites can metastasize (spread) to other sites in the body rather quickly. Common sites of metastasis include the liver and the lungs, lymph nodes, and the adrenal glands. 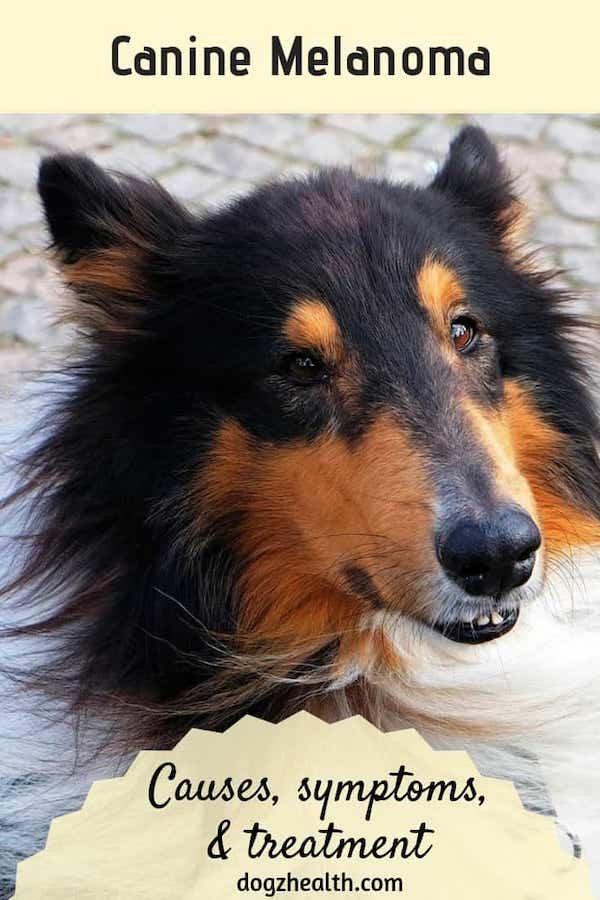 Symptoms of Melanoma in Dogs

Melanomas are usually dark in color. They are solid to the touch.

If you find a mass or lump on your dog’s skin, feel to see if it is solid. Sometimes the mass may look like an infected, swollen sore.

Dogs with the oral form of melanoma show symptoms such as:

In cases where the cancer has spread to the lungs, the dog will cough, sometimes with blood. Also, in later stages, the tumor will grow larger, sometimes you can see ulceration and infection.

What Causes Melanoma in Dogs?

Unlike melanoma in people, sunlight does not increase the risk of occurrence of melanoma in dogs.

Instead, many veterinarians suggest that genetics is the biggest risk factor. Certain breeds of dogs are more susceptible to this form of tumors. They include:

For reasons unknown, melanomas that occur on the toe or in the toenail bed are more prevalent in black dogs. Also, Schnauzers and Scottish Terriers are more susceptible to this form of melanoma.

Age-wise, melanoma usually occurs among middle-aged to older dogs (9 years or older). For some reason, it tends to affect male dogs more commonly.

If a vet suspects melanoma, he will perform a biopsy of the tumor to get a definitive diagnosis.

In addition, he will take chest x-rays and x-rays of the local and surrounding area of the tumor to determine if the cancer has spread, and if so, to what extent.

Moreover, the vet will examine regional lymph nodes for possible involvement. Fine-needle aspiration may be necessary to biopsy suspicious nodes to check for the presence of cancerous cells.

Surgery is the conventional treatment of choice for skin melanoma in dogs, as well as melanomas that occur in the toes.

For melanoma of the mouth, aggressive surgery removing not only the tumor but also at least 2 cm of normal tissue at all margins of the tumor is necessary.

Surgery may involve removing part of the upper or lower jaw. Depending on the size of the tumor at the time of the operation, approximate survival times may range from 3 months (for very large tumors) to 18 months (for very small ones).

If surgery is not possible due to the location of the tumor, radiation can be used. While the tumor will shrink in 3 out of 4 dogs, this response is temporary – the tumor will almost always reappear.

Oral melanoma in dogs does not respond well to chemotherapy due to its rapid speed of metastasis. Only about one in 5 dogs will respond to chemotherapy.

Common drugs used include cisplatin and piroxicam. They can achieve an approximate survival time of 4 months.

A gel that contains the drug cisplatin is sometimes injected into the site of the oral melanoma tumor, allowing the cisplatin to be released directly into the tumor itself.

In a study, it has been shown that 14 out of 20 dogs responded, and in over half of those 20 dogs the tumor regressed completely and the dogs survived almost one year.

A melanoma vaccine is now available and can be purchased through the manufacturer (Merial). Note that this vaccine cannot cure melanoma, but can increase lifespan after surgery by boosting the dog’s immune system.