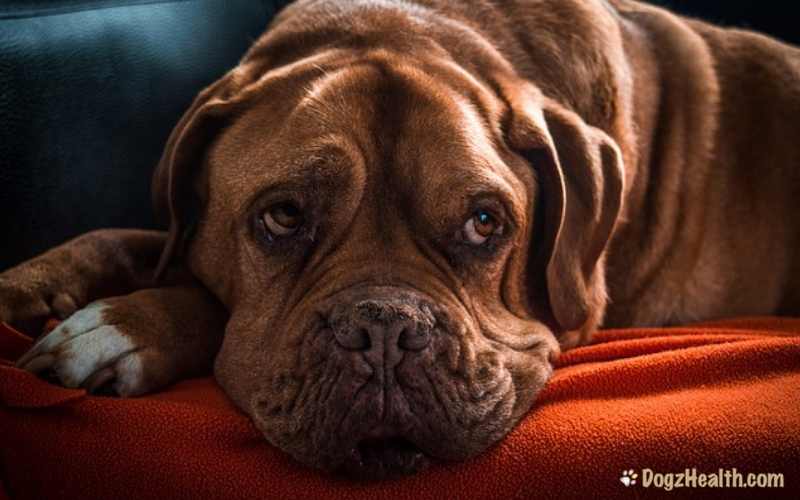 Canine renal failure (kidney failure) can be acute or chronic. Treatment includes subcutaneous fluids, and dietary changes with various supplements. This page looks at the causes, symptoms, and how to treat and care for dogs with kidney failure.

Kidneys are important organs and are extremely fragile.

They handle a large amount of work, such as:

Healthy kidneys conserve water and concentrate toxins into a smaller amount of liquid to be urinated away.

Kidney failure is the inability of the kidneys to remove toxins from the blood, causing toxin build-up in the body.

Canine renal failure can be acute (one that appears suddenly) or chronic (one that comes on gradually over a period of time).

Acute kidney failure in dogs is usually caused by poisoning, especially antifreeze. Other possible causes include:

Symptoms such as dehydration can come on rather suddenly. You will notice the dog standing with an arched back because of the pain in the kidneys.

Take the dog to the vet immediately if you suspect he has kidney failure. The dog needs immediate veterinary treatment with intensive fluid therapy and hospitalization.

Chronic kidney failure in dogs is usually caused by one of the following:

Inflammation of the Kidney (Nephritis)

This is caused by some form of infectious diseases, such as canine hepatitis, canine systemic lupus, chronic pancreatitis, and others.

This can be due to toxins and poisons or due to inadequate blood flow to the kidneys.

Some medications can cause this condition, such as aspirin, ibuprofen, butazolidin, as well as certain antibiotics when used long-term, such as polymyxin B, gentamicin, amphotericin B, and kanamycin.

A poor-quality or unbalanced diet can also result in nephrosis. In particular, too much phosphorus in the food is problematic, especially for dogs with pre-existing kidney disease.

Additionally, if there is excessive phosphorus AND insufficient quantity of usable calcium in the diet, the kidneys cannot eliminate the phosphorus effectively. This can result in kidney stone formation or kidney tissue degeneration. This will eventually lead to kidney failure.

The kidneys have a very large reserve capacity, and dogs with chronic kidney failure do not show any signs until about 75% of the kidney tissue is not functioning.

The first signs of chronic kidney failure in dogs are increased water intake and frequent urination.

This is because when the kidneys are damaged, they become less able to concentrate the urine.

This results in a large urine output and, because a large amount of water is lost in the urine, the dog becomes thirsty all the time. This can subsequently lead to dehydration.

As kidney functions continue to decline, other signs of canine kidney failure occur, such as:

The above symptoms are the result of a build-up of chemicals, wastes and toxins (such as ammonia, nitrogen, acids) in the blood and tissues.

At this stage, the dog will actually urinate less frequently than normal.

At the end stages of canine kidney failure, the dog falls into a coma.

To diagnose dog renal failure and to determine the severity of the disease, blood tests and urinalysis are necessary.

From the blood test, the values of blood urea nitrogen (BUN) and creatinine are obtained and analyzed.

BUN is produced when the body is digesting protein and, since it is a waste product, it is normally excreted and eliminated by the kidneys.

However, if the kidneys are not functioning properly, waste products such as BUN cannot be eliminated and they accumulate in the blood, causing the BUN value to increase.

Creatinine is a by-product of muscle energy use in the body and is also of no use to the body.

Creatinine is also eliminated and excreted by the kidneys in healthy animals, but if the kidneys are not working effectively, creatinine will build up to higher than normal levels.

In addition to blood tests, the vet may perform exploratory surgery and biopsy of the kidneys to see if the kidney failure is treatable, and if so, to determine the most appropriate treatment. 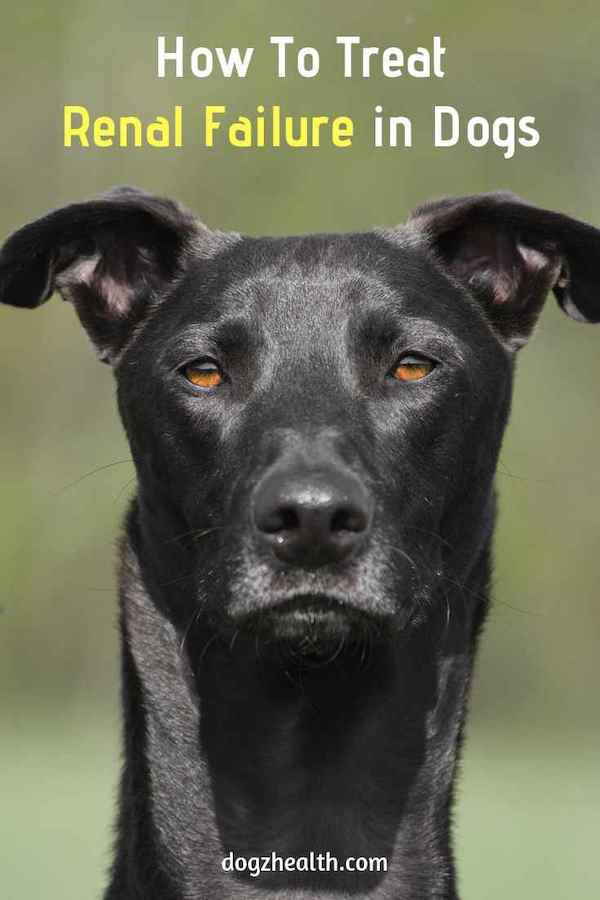 In most other cases of acute kidney failure, a complete recovery is not possible and the dogs usually will have some renal function deficit for the rest of their lives.

For chronic kidney failure, there is no cure since the disease involves the death of kidney cells and replacement by scar tissue.

Chronic kidney failure in dogs must be controlled and monitored carefully for the rest of the dog’s life.

Let’s look at some of the best and simplest treatments for chronic renal failure in dogs.

It is extremely important to provide clean fresh water for a dog with chronic renal failure at all times. The dog needs a large amount of water intake to compensate for his large urine output.

Sometimes, however, the dog may not be able to drink enough water to compensate for the loss of water through the kidneys.

In such a case, a vet can give subcutaneous fluids to the dog at the clinic or the dog owners themselves can learn how to do it at home.

Subcutaneous fluids are an excellent way to help keep the toxins flushed out of the bloodstream.

If your dog has chronic renal failure, you have to pay attention to the dog’s diet. Two most important factors to consider are protein and phosphorus.

Dogs with renal failure digest protein poorly, so in the past it was believed that a low-protein diet (restricting meat intake) would be necessary for dogs with this disease.

However, it has now been found that low-protein diets, if not carefully managed, can lead to malnutrition.

They believe that as long as the protein is of high biological value, it will not hinder the proper functioning the kidneys. If your dog is suffering from chronic renal failure, be sure to discuss your dog’s diet with your vet.

Phosphorus combines with calcium and gets deposited in the kidneys, causing additional damage to the kidneys.

Restricting phosphorus intake is essential for dogs with chronic renal failure. (As meat contains high quantities of phosphorus, that’s why some vets believe that limiting meat protein intake is one good way to restrict phosphorus.)

Some dogs may need medications to lower the phosphorus level in the body along with dietary management.

Several nutritional supplements may be helpful for dogs with kidney failure:

Here are some natural supplements beneficial to dogs with chronic kidney failure. They contains vitamins B and C, Omega-3 fatty acids, probiotics, as well as a number of kidney-supporting herbs.