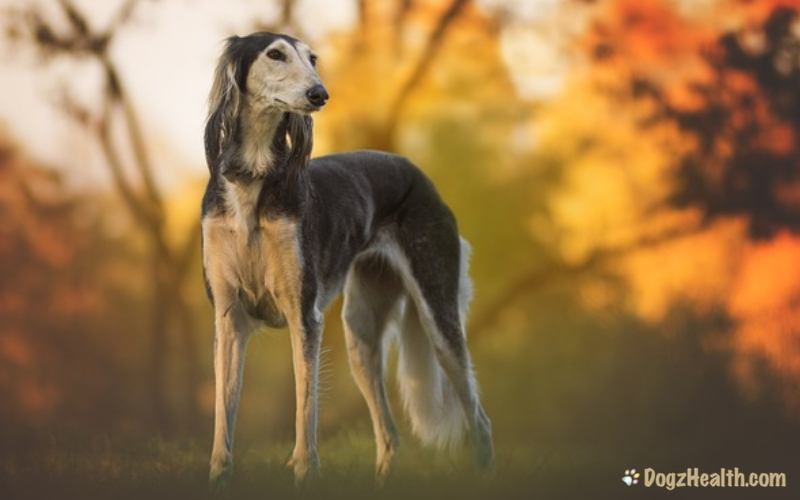 Canine spleen cancer usually occurs in the form of hemangiosarcoma, although it can also occur in the form of lymphosarcoma and mast cell tumors. This page looks at the symptoms, causes, and conventional treatment of spleen cancer in dogs.
The spleen is located below the stomach and its main function is to store blood for emergencies and destroy old red blood cells.

The spleen has a red soft surface and contains a “red pulp” and a “white pulp”. The “red pulp” functions as a filter that removes harmful substances from the blood. The white pulp helps to fight infections.

Tumors in the Dog Spleen

Sometimes tumors grow in the spleen.

These tumors can either be benign (hemangiomas) or malignant.

For malignant tumors, they can either be hemangiosarcomas, which grow from the red pulp, or mast cell tumors and lymphosarcoma that grow from the white pulp.

In dogs, most splenic tumors are either hemangiomas or hemangiosarcomas. Hemangiosarcoma represents about 45-51% of canine spleen cancer. 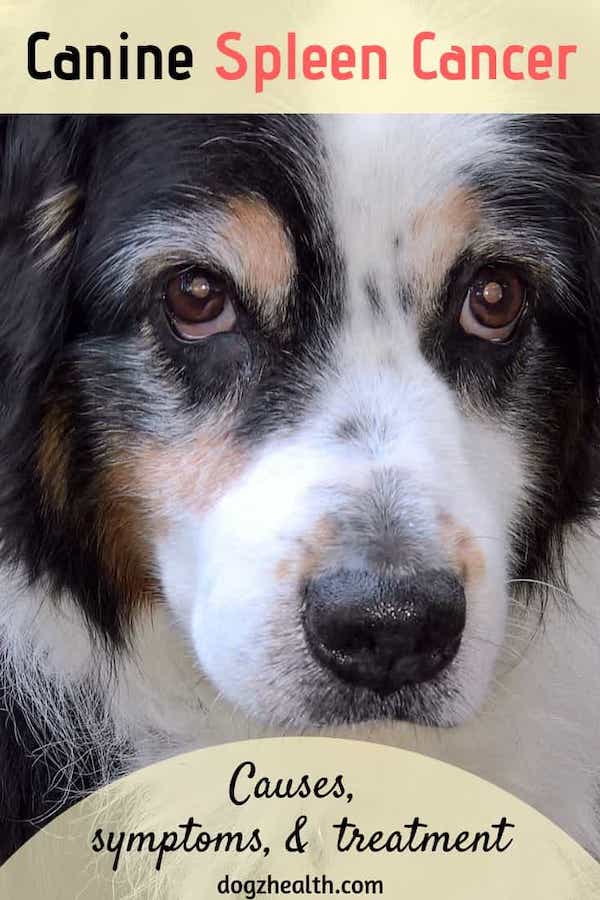 Hemangiosarcoma is a soft tissue sarcoma cancer that arises out of blood vessels – the arteries or veins.

Since they come from the walls of blood vessels, they are usually filled with blood. Canine hemangiosarcoma can arise as a single tumor or multiple tumors.

The tumor can get very large, especially in the spleen. Eventually the tumor ruptures and bleeds, resulting in life-threatening blood loss.

Hemangiosarcomas have a fairly high rate of metastasis, meaning they can grow and spread rather rapidly. By the time the tumors are first diagnosed, they will most likely have already spread to other sites of the body, most frequently to the liver and lungs. But they can also spread to the kidneys, muscle, lymph nodes, adrenal glands, and brain.

Who Are At Risk?

Some breeds of dogs are more prone to hemangiosarcomas, such as Golden Retrievers, Labrador Retrievers, Rottweilers, German Shepherds, and other large breed dogs.

The average age of affected dogs is 8 to 10 years.

Males are more susceptible to this form of cancer than females. There is also now evidence that spaying and neutering increases the risk of hemangiosarcoma.

Dogs with hemangiosarcoma in the spleen may not show any symptoms at the early stage.

Sometimes this cancer may cause weakness, especially in the hind legs, and decreased energy that lasts for a day or two, then goes away only to reappear weeks or months later.

The reason for this waxing and waning condition is due to the bleeding of the tumor.

When the tumor bleeds, the blood goes in and around the tumor, which causes weakness in the dog. The gums turn pale or white (due to anemia). The dog may lose his appetite.

Then in a day or two, the blood goes back into the circulation causing the dog to feel better.

This is called “autotransfusing”, which is the body’s way of recovering blood within the abdomen.

However, in cases where the tumor has ruptured, the blood loss is very rapid and the signs can deteriorate rather rapidly. The dog will have pale gums, weakness, and breathing difficulty.

In severe cases, the dog will collapse and bleed to death.

Signs to Watch Out For

If you have an older dog (especially an older large breed dog), watch out for these signs and symptoms:

The tests used to diagnose hemangiosarcomas include:

Biopsy is the only way to obtain a definitive diagnosis.

Surgery is the conventional treatment of choice for canine hemangiosarcoma in the spleen. The spleen is either partially or completely removed.

Sadly though, less than 10% of the dogs survive more than a year after surgery. The reason is, by the time a dog is diagnosed and surgery is used to remove the tumor, the cancer will already have spread to other parts of the body. As such, surgery can only decrease the risk of bleeding due to rupture but it does not get rid of other cancerous cells circulating in the body.

Chemotherapy with doxorubicin after spleen removal increases survival times to about 6 to 8 months.

Radiation therapy is rarely used for canine spleen cancer because the spleen is too close to other vital organs.

Recent research at the University of Wisconsin Veterinary School has found that using the chemotherapy drugs doxorubicin and cyclophosphamide along with an immune stimulant called liposome-encapsulated MTP-PE (L-MTP-PE, or liposome-encapsulated muramyl tripeptide phosphatidylethanolamine) increased survival time to about 9 months.

But more tests need to be done to confirm efficacy of this therapy protocol.

Can Dogs Survive Without a Spleen?

While the spleen is useful for the production of blood and immune function, it is not an essential organ for survival.

There is a Chinese herbal medicine called Yunnan Baiyao that is very effective in stopping bleeding, so it is a good medicine to have for dogs with bleeding cancers, such as hemangiosarcoma in the spleen.

Many vets (conventional and holistic) now recommend this medicine to dog cancer patients. It cannot cure the cancer, but it can stop the internal bleeding and may lessen the cancer symptoms.

Unfortunately, spleen cancer in dogs has a very poor prognosis, with many dogs only being able to live for a few months after being diagnosed.

The life expectancy of course depends on whether the cancer has spread and if so how extensive it has spread.

Generally speaking, dogs with splenic hemangiosarcoma may survive for 2 to 3 months with surgery alone. With surgery and chemotherapy, the survival rate may go up to 6 to 8 months. Less than 10 percent of dogs can survive up to one year.