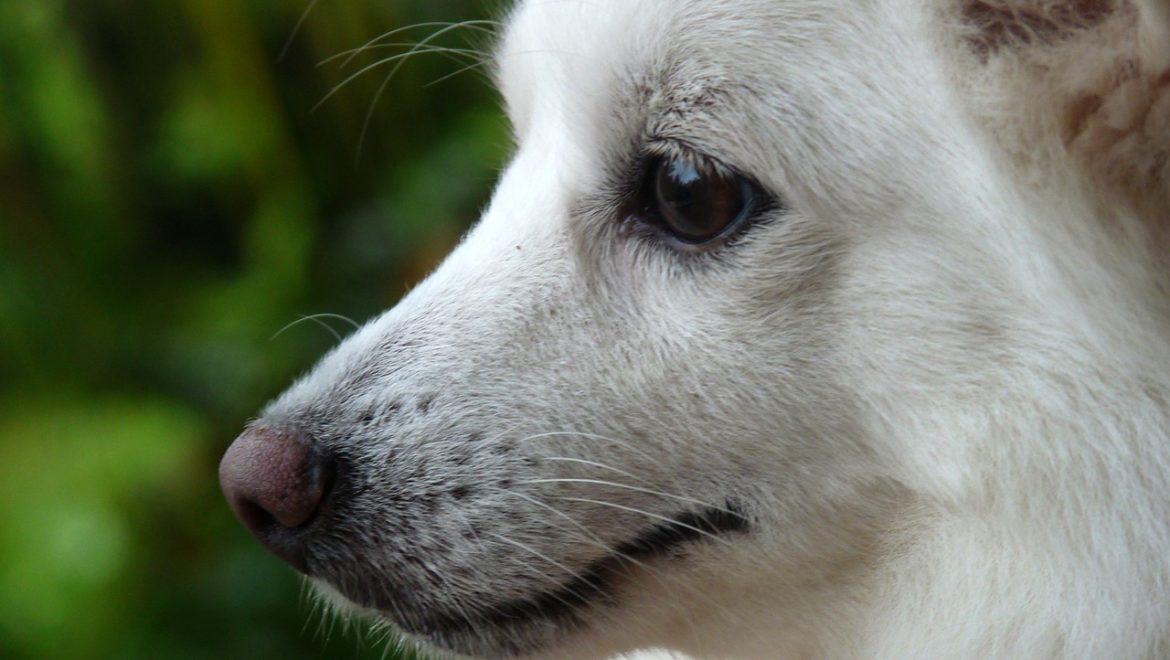 Cataracts in dogs can be congenital or acquired. Read this page to find out the common causes and treatment of canine cataracts.

A cataract arises when the lens loses its transparency. In other words, any opacity on the lens, big or small, is regarded as a cataract.

A lens normally is composed of about 66% of water and 33% of protein – a ratio that is always kept in balance in healthy eyes.

However, when the above water/protein ratio is upset due to some kind of change or damage in the biomechanical system in the lens causing excessive amounts of proteins to form, the lens will become opaque and the dog is said to have cataracts.

Don’t confuse cataracts with nuclear sclerosis, which is a normal aging process of the lens. It occurs when tissues in the eyes get harder and more rigid as a dog ages, causing a bluish haze in the lens of some older dogs. This haze does not cause major visual impairment in dogs and treatment is not necessary.

Types of Cataracts in Dogs

There are two types of canine cataracts:

Usually, congenital cataracts appear in puppies younger than 6 years old. Both eyes are usually affected although not necessarily at the same time.

Acquired cataracts appear in dogs as a result of either old age (also called senile cataracts) or other diseases. Common diseases that cause cataracts in dogs include inflammation of the iris (uveitis), diabetes, and sometimes eye injuries.

Senile cataracts affect dogs who are over 6 years old.

The cataracts begin at the center of the lens and gradually spread out toward the periphery. At its mature stage, a cataract causes the whole lens to become uniformly opaque. Although senile cataracts can occur in both eyes, they usually mature at different rates.

Treatment of Cataracts in Dogs

Surgery can be done to correct senile cataracts if both eyes are affected and the dog’s vision is seriously impaired.

In the surgery, the lens is removed either by extraction or by first breaking down the lens (an operation called “phacoemulsification”). Optionally, an artificial lens can be implanted.

Although surgery for dog cataracts is relatively safe, it does have some risks and can cause complications such as glaucoma.

In about 30% of cases in which dogs have had surgeries to remove cataracts, glaucoma would arise within the first 24 hours after surgery as a temporary post-surgery complication. Fortunately, the glaucoma can usually be controlled with timely treatment.

Other complications may include eye inflammation after surgery which, in serious cases, can cause tissue scarring.

Dogs with congenital cataracts should not be bred.

Older dogs (6 years or older) can be given vitamin A (a good source is cod-liver oil) which is good for the eyes.