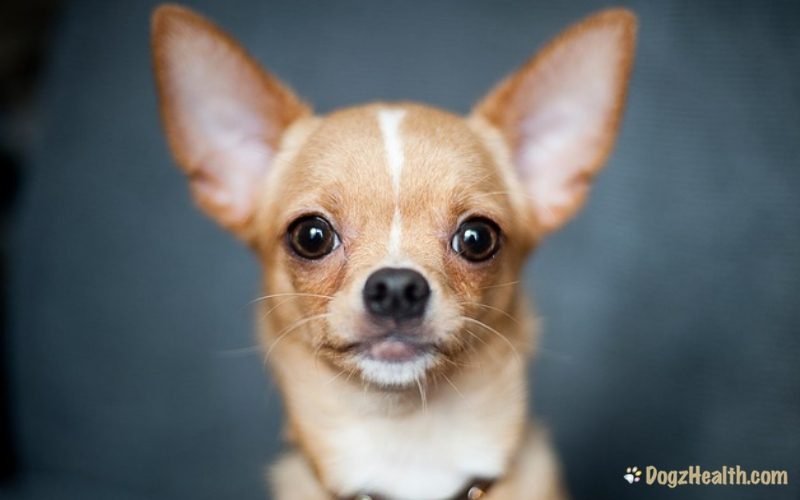 Constipation in dogs is a rather common health symptom. It can be caused by an improper diet, age of the dog, and more. Read on to find out more about dog constipation symptoms, causes, and treatment.
Depending on the type of diet, a healthy dog usually has one to two bowel movements a day. Occasionally, a dog may go without having to poop for one day or even two. This is no cause for worry provided that when the dog does pass stool, he is not straining and the stools are firm and normal in size.

Constipation in dogs refers to infrequent, absent, or difficult defecation.

In severe cases, a constipated dog will become restless and depressed. He may also vomit and show a lack of appetite.

Causes of Constipation in Dogs 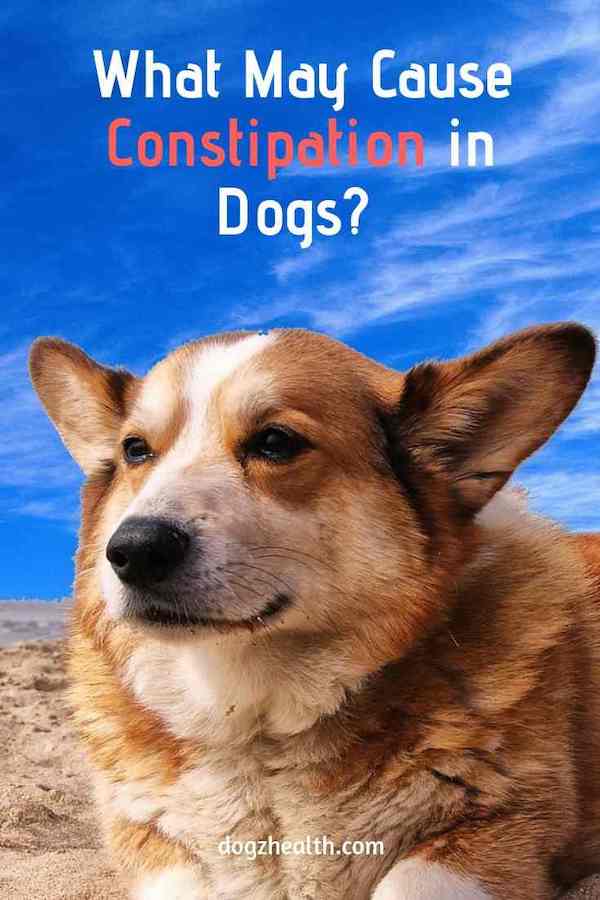 There are quite a few possible causes of dog constipation. Here are the most common ones:

One of the most common causes of dog constipation is the ingestion of something that is indigestible, such as hair, grass, paper, bone chips, and sticks. The indigestible object mixes with feces to form hard, rock-like masses in the colon, causing constipation.

One way to prevent constipation in dogs is to monitor the dog closely so he doesn’t eat anything inedible and indigestible!

As in humans, dogs whose diets are low in fiber tend to develop constipation. Insufficient water intake also predisposes a dog to constipation.

Making sure that your dog has access to clean water 24/7 is one way to tackle the problem of constipation. Another way is to add more fiber (e.g. pumpkin puree, sweet potatoes, etc.) to the dog’s diet.

Constipation is also a common problem among older dogs, who tend to drink less water. This results in hard, dry stools that are difficult to pass. In addition, older dogs tend to exercise less, and have weaker muscles of the abdominal wall.

Again, if you have an older dog, make sure that he has sufficient water to drink every day. Also add fiber to his diet. Encourage your dog to exercise every day. Take him out for long walks or even for a swim in the summer. All these exercises can help strengthen the old dog’s muscles.

Many drugs cause constipation in dogs as a side effect. Some of these drugs include antacids, antihistamines, iron supplements, and diuretics.

Some dogs may inhibit the urge to defecate when left alone in the house and have no access to the outside to release themselves. Other dogs may be unwilling to empty their bowels when they are in an unfamiliar environment, e.g. in a hospital, a kennel, etc.

Some canine illnesses cause constipation in dogs. For example, hypothyroidism is an occasional cause of chronic constipation.

Fecal impaction, which is a mass of hard stool that has got stuck in the rectum and colon, can also cause constipation despite forceful straining.

Constipation can also be a symptom of cancer of the gastrointestinal tract.

When To See A Vet

Treatment of Constipation in Dogs

Treatment of canine constipation involves the identification, and elimination or control of the underlying cause, while at the same time, relieving the symptoms.

Symptomatic treatments may include:

For mild cases of constipation, bulking agents such as methylcellulose, bran, or pumpkin can be added to the dog’s diet.

Products that contain lactulose may be prescribed by your vet and are safe to use on dogs. Milk is sometimes added to diets to give a mild laxative effect. Milk of magnesia is also used as a mild laxative.

Stronger stimulant laxatives (e.g. Dulcolax) are effective in treating constipation but should only be used under veterinary supervision and as a last resort, since repeated use can interfere with the proper functioning of the colon.

Finally, if a dog is suffering from a more serious case of constipation, enemas may be given at a veterinary clinic.