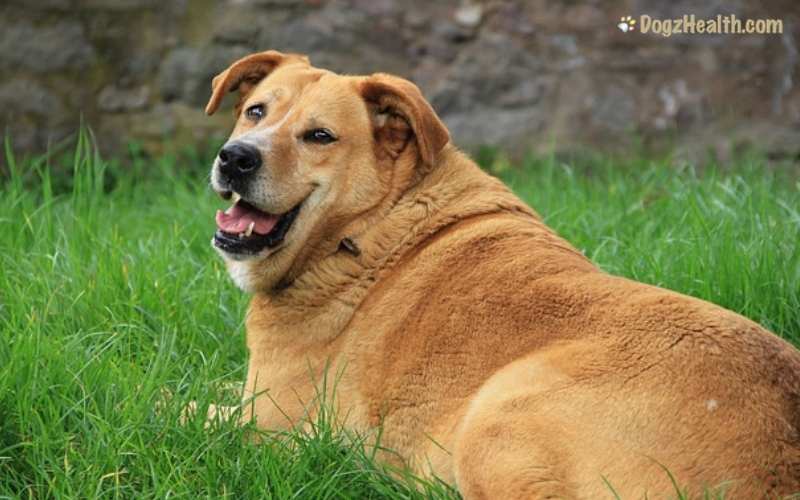 Cushing’s disease in dogs (hyperadrenocorticism) is a condition commonly caused by excessive long-term exposure to the hormone corticosteroids. Read this page to find out more about the symptoms, other underlying causes, and treatment of canine Cushing’s disease.

The production and release of corticosteroids by the adrenal glands is controlled by the pituitary gland (a small gland which is located at the base of the brain), through the production of a hormone called adrenocorticotropic hormone (ACTH).

There are two types of corticosteroids – mineralocorticoids and glucocorticoids.

The level of corticosteroid concentration in the body depends on the need at the time.

Normally, the hormones are released by the body into the bloodstream when the dog is under some form of physical or mental stress.

For example, when a dog is not well or is put under a stressful situation, the production and release of corticosteroids will be increased.

Once this particular stressful situation is over, the hormone concentration will return to normal.

What is Cushing’s Disease

Cushing’s disease in dogs is a condition caused by a long-term (over weeks or months) exposure to high levels of corticosteroids.

The high levels of corticosteroids may be the result of over-production by the body itself, or they may be given to the dog as medications (corticosteroids are often prescribed to treat inflammation).

Cushing’s disease is the opposite of canine Addison’s disease, in which the adrenal glands produce insufficient amount of corticosteroids.

Spontaneous Cushing’s disease in dogs can be caused by one of the following:

Breed-wise, Poodles, Dachshunds, Boston Terriers, and Boxers are more prone to the disease.

Symptoms of Cushing’s Disease in Dogs

One typical symptom of canine Cushing’s disease is hair loss in a symmetric pattern, with darkening of the underlying skin. The hair that remains will become dry and dull.

The skin of a dog with Cushing’s is thinner and the blood vessels are more fragile. As a result, the dog bruises more easily than a healthy dog.

In addition, a dog with Cushing’s disease will also show the following signs and symptoms:

As mentioned above, a dog with Cushing’s has excessive amount of corticosteroids circulating in the body. Since steroids suppress the immune system, the dog is more prone to bacterial infections, such as ear infections, urinary tract infections, and skin infections.

Also, if a dog’s Cushing’s disease is caused by a pituitary tumor, and as the tumor continues to grow, the dog may show some neurological problems, such as difficulty walking and maintaining balance, seizures, etc.

Other health problems that can be caused by Cushing’s disease include:

Treatment of Cushing’s Disease in Dogs

Treatment depends on the type of Cushing’s disease.

Iatrogenic Cushing’s disease can usually be cured by discontinuing or reducing the drug that is causing the disease.

For spontaneous Cushing’s disease, there are a few treatment options:

Cushing’s disease caused by tumors of the adrenal glands can be treated by the surgical removal of the tumors. Before surgery, the vet may first give medical treatment to the dog in order to shrink the tumor and reduce the corticosteroid levels in the dog’s body.

Your vet may also consider using medication to treat your dog’s Cushing’s disease. In particular, if the disease is caused by a pituitary tumor, drugs are a preferred choice of treatment because surgical removal of pituitary tumors can be dangerous due to its location.

The conventional medication is Trilostane (Vetoryl) or o,p’-DDD (Mitotane or Lysodren). These medicines act on the adrenal cortex to suppress corticosteroid production.

Drug therapy is rather complicated and should be carefully monitored by your vet. Generally speaking, at the beginning, the medicine is given one to two times a day for about a week. After that, the dosage is reduced to one to two times a week, for the rest of the dog’s life.

It appears that medication is rather effective in improving some of the symptoms caused by Cushing’s disease. However, the medicines can cause possible side effects, such as vomiting, diarrhea, lethargy, weakness, loss of appetite, and depression. Therefore, careful monitoring of the dog’s condition is needed.

Although surgery is not an option for removal of pituitary tumors, radiation may be used to shrink the size of the tumor, especially if the tumor is small. Radiation in this case is effective in reducing the symptoms of pituitary-dependent Cushing’s disease.

One drawback of radiation is the high cost.

In some veterinary hospitals in the USA (e.g. Washington State University College of Veterinary Medicine), a procedure called transsphenoidal surgery or transphenoidal hypophysectomy is now available for removal of pituitary tumors.

This procedure involves using an exoscope, which is a high-definition operating monitor system used in neurosurgeries. The exoscope is inserted through the mouth until it reaches the base of the skull (where the pituitary is located). The tumor is then removed using this exoscope.

A Natural Product for Cushing’s Disease

Natural remedies cannot cure Cushing’s disease in dogs. However, some herbal remedies may be able to strengthen the over-taxed system organs and reduce the severity of symptoms caused by the disease.

One such natural remedy is:

Be sure to discuss the use of this natural product in conjunction with other conventional therapies with your veterinarian.

Life Expectancy of a Dog with Cushing’s

How long a dog with Cushing’s disease can live depends on the type of the disease and when it’s diagnosed and treated.

Generally speaking, a dog with adrenal-dependent Cushing’s can live up to 3 years after the adrenal tumor is removed.

For pituitary-dependent Cushing’s, life expectancy is up to 2 years.