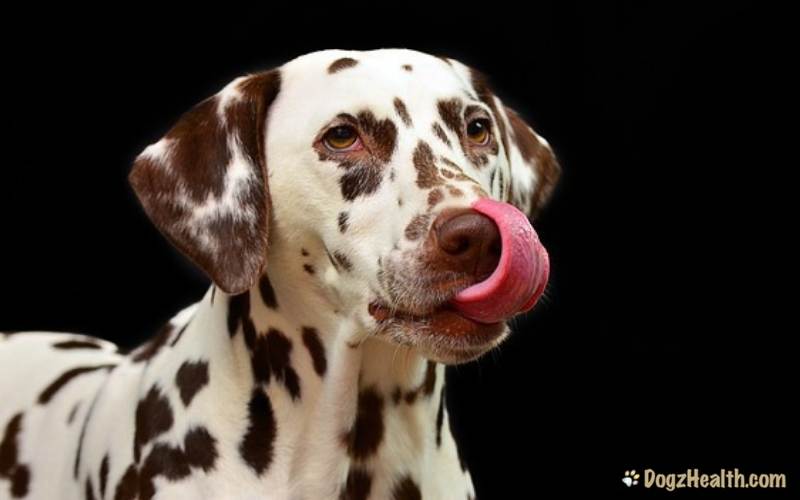 Dog bloating – gastric dilatation volvulus – is a life-threatening emergency in dogs. Gastric dilatation means the stomach is distended with gas or fluid. Gastric volvulus means the stomach is twisted. Read this page to learn more about the symptoms, causes, and treatment of bloating in dogs.
Bloat, medically known as Gastric Dilatation Volvulus, is a very serious, life-threatening condition. It usually affects deep-chested, large breed dogs, such as:

Among medium-sized dogs, the Chinese Shar-Peis and Basset Hounds have the highest incidence of bloat.

Bloating can occur in dogs of any age, but usually middle-aged to older dogs are more susceptible.

Bloating is one of the top killers in dogs. The mortality rate of dog bloat is about 50 percent. It is therefore important to learn more about this deadly condition.

Bloating is one of the top killers in dogs. The mortality rate of dog bloat is about 50 percent. 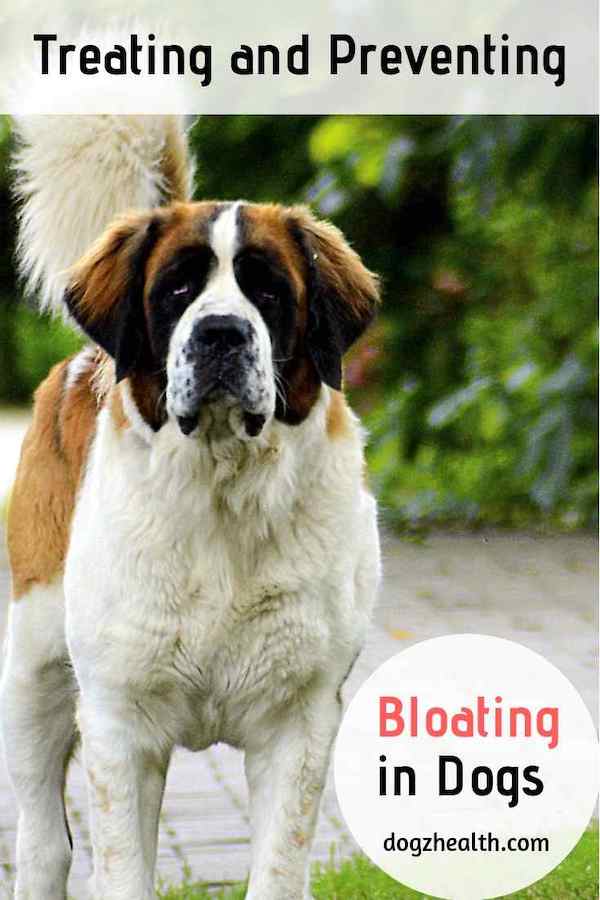 What Exactly is “Bloat”?

When we refer to bloat, we are actually talking about two conditions.

One condition is “gastric dilatation”, meaning the stomach is distended (bloated with gas and fluid).

The mechanism of bloat in dogs is rather complicated.

Simply put, when volvulus occurs, the esophagus is shut off, preventing the dog to relieve stomach distention by vomiting or belching.

In addition, the duodenum is pinched off, preventing air and fluid from escaping from the stomach. As a result, the stomach traps gas and fluid inside and the material begins to ferment.

Very often, the spleen becomes entrapped as well, and its blood supply is cut off.

Understandably, without timely treatment, volvulus can lead to a number of critical problems. For example, acute dehydration, cardiac arrhythmias, gastric perforation or even rupture of the stomach. When the stomach ruptures, the lining of the abdominal wall will get inflamed. This can lead to shock, and death.

Symptoms of Bloating in Dogs

Some of the classic symptoms include:

Note that at its early stage, dog bloat may not cause the above signs.

The dog may have gas and simply look uncomfortable and lethargic, and the stomach may feel a bit tight (but not distended).

So, even if your dog does not show the above symptoms, but has a tight stomach and cannot vomit or belch, watch him carefully. Be prepared to take him to the veterinary clinic in case his conditions deteriorate.

If volvulus is allowed to progress to its critical stage, the dog will show these signs:

Certain breeds of dogs (deep-chested dogs) are predisposed to dog bloat simply because of their anatomy.

In addition, eating habits can also cause bloat in dogs.

For example, if a dog gulps down his food, he is likely to swallow a lot of air as well. This may cause stomach distention.

Drinking a lot of water immediately after eating is another likely cause of bloat.

Finally, exercising vigorously before or after eating can also cause bloat in dogs.

Conventional Treatment of Bloating in Dogs

If you suspect your dog is suffering from bloat, don’t waste any time. Take him to the vet immediately!

For stomach distention (without volvulus), a vet will pass a long tube into the dog’s stomach through his mouth. This is to relieve the trapped air and fluid in the stomach, which is then washed out.

The vet will withhold food and water for the next 36 hours. During this time, the dog will receive intravenous drips instead.

If the vet suspects volvulus, he will take X-rays of the abdomen.

The vet may also suture the wall of the stomach to the abdominal wall to prevent future occurrence of volvulus. This is a procedure called “gastroplexy”, or anchoring surgery.

Prevention of Bloating in Dogs

There is a 70-percent chance of recurrence of bloat in dogs who have received nonsurgical treatment.

If your dog is one of those unlucky ones prone to bloat, it is important to prevent bloat by doing the following: