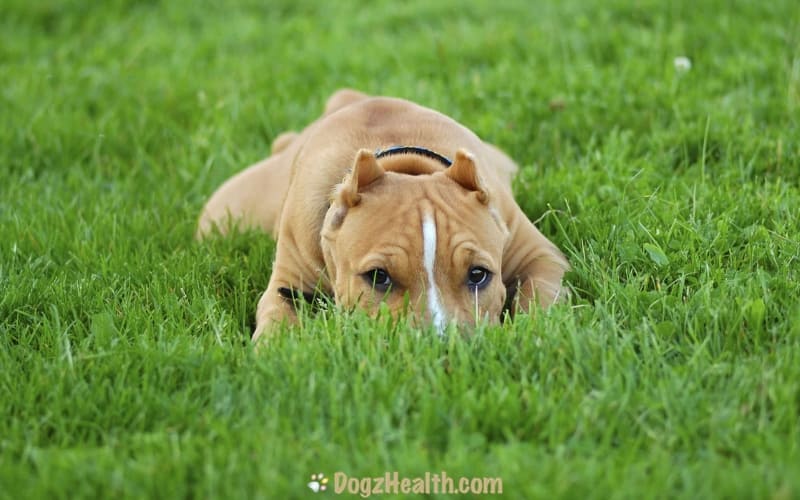 Dog frequent urination is a common symptom that is most likely related to the urinary system, such as bladder infections, and kidney failure. But it can also indicate other issues such as liver failure.
Dogs may pee more often as a result of a change in the environment like hot weather (which makes the dog drink more and therefore urinate more). A recent change in the dog’s diet could also cause more frequent urination.

The bottom line is, if your dog is house-trained but has suddenly started to pee a lot and/or more frequently, try to see if there has been some recent changes in your dog’s lifestyle.

At the same time, pay more attention to his physical health conditions.

Below is a list of health problems and other possible factors that may cause frequent urination in dogs.

If you suspect that your dog is suffering from any of these problems, get him to the vet for a proper diagnosis.

The bottom line is, if your dog is house-trained but has suddenly started to urinate more frequently and/or excessively, try to see if there has been some recent changes in your dog’s lifestyle. 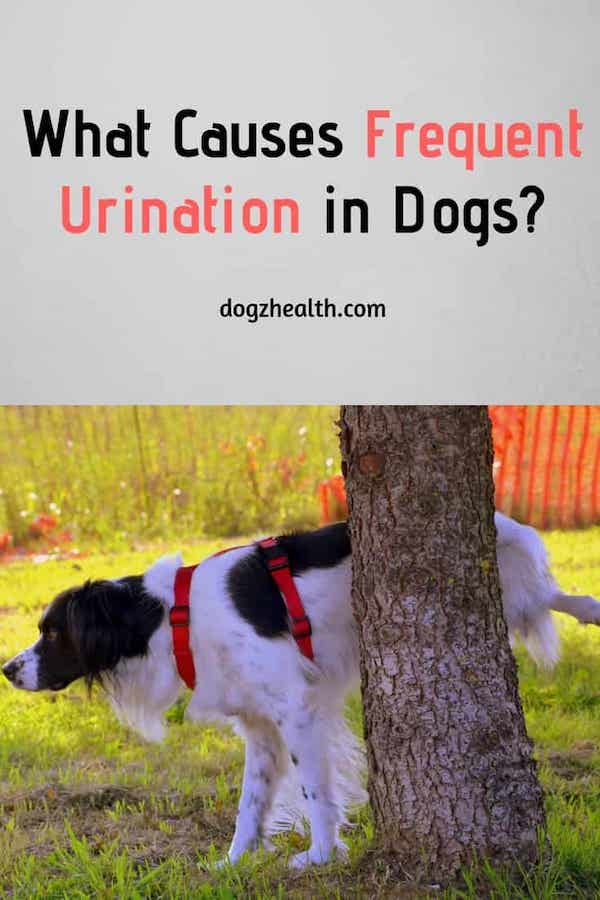 Diseases that Cause a Dog to Pee Frequently

Any of the following health problems can cause frequent urination in dogs:

Bacterial infections of the bladder or the urinary tract (UTI) can cause frequent urination in dogs. You will notice that every time the dog pees, usually only a small amount of urine is passed.

Other signs and symptoms of a bladder infection or UTI are painful urination, and/or blood in urine. The dog may also show signs of weakness and lethargy and may also have a fever.

Dogs with bladder stones also urinate frequently. They usually have to strain to urinate due to pain and the urine may contain blood.

Bladder stones can cause partial or complete blockage of the urethra. This is of course a serious problem and requires immediate veterinary attention.

Dogs suffering from chronic kidney failure drink water excessively. The result? They pee frequently and excessively. It is quite common that a dog with failing kidneys cannot keep from wetting his bed, especially at night.

The color of the urine is usually rather pale.

Other signs and symptoms of canine kidney failure include dehydration, appetite loss and weight loss, depression, and dry haircoat.

Two other hallmark symptoms of diabetes in dogs include a gain in appetite but weight loss. The dog seems to be very hungry and eat a lot more. Despite the increased food intake, a diabetic dog would lose weight.

If your dog is showing these four hallmark symptoms – increased thirst, frequent urination, appetite gain, weight loss – be sure to get him to the vet for a blood test.

Other typical signs include a sagging pot belly, excessive panting, and hair loss.

Most cases of Cushing’s disease are due to tumors in the pituitary gland.

Some canine liver diseases such as liver shunt or inflammation of the liver cause a dog to drink more, which again results in the dog peeing a lot and more frequently.

Other symptoms associated with liver disease in dogs include appetite loss, lethargy, diarrhea, and vomiting.

Bladder tumors (usually transitional cell carcinomas) are rather aggressive and cause symptoms similar to a bladder infection, such as frequent urination, blood in urine, and straining to urinate.

If your dog shows any of the above symptoms, be sure to get to the vet for a proper diagnosis.

Prostate cancer is rare in dogs but is aggressive and invasive. It causes enlargement of the prostate resulting in symptoms such as frequent urination, straining to urinate, and blood in urine.

Other symptoms include constipation, walking in an abnormal gait, fever and lethargy. If your male dog shows some of these signs, be sure to get him to the vet without delay.

Other symptoms associated with this problem include vaginal discharge or bleeding, a mass protruding through the vulvar lips, and frequent licking at the vulva.

Besides the above diseases, dog frequent urination can also be caused by:

Some forms of poisoning – methylxanthines (chocolate) and organophosphates (poison baits) – can cause frequent urination in dogs.

Other signs of poisoning usually include hyper-excitability, drooling, vomiting, diarrhea, and seizures.

Rather than a physical problem, psychogenic polydipsia is a behavioral problem.

A dog with this problem exhibits the obsessive-compulsive behavior of drinking water frequently and excessively, which naturally results in increased frequency in urination.

Exactly why some dogs do that is unclear, but many veterinarians believe that it is due to some form of stress or just simply boredom, and suggest distracting the dog from the obsession by games and long walks.

To prevent “accidents” from happening at home, consider getting some doggie diapers for your dog if she has to urinate often but may not have the chance to go outside as frequently as needed.

There are of course disposable diapers for dogs, like these:

However, for the “environmentally-friendly” dog owners, you can also get some washable reusable dog diapers, like these:

You may also want to consider getting an indoor toilet for nighttime use, or even for daytime if your dog is often left home alone.