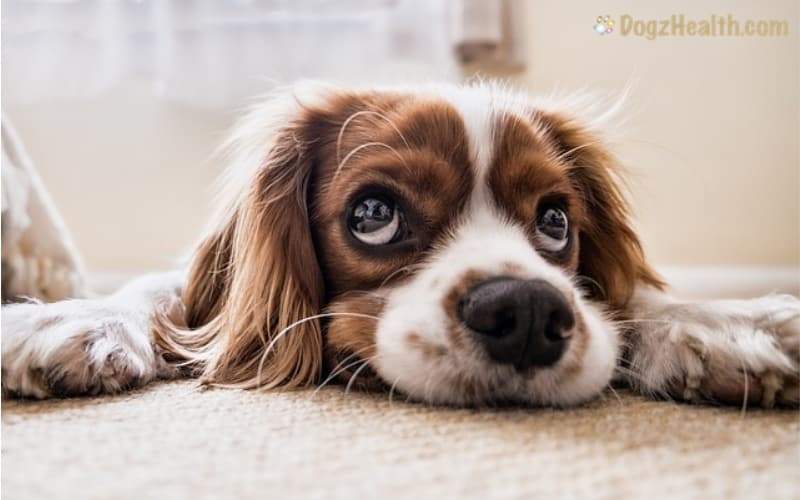 Dog nose bleed can be caused by trauma, foreign bodies in the nasal passage, problems in the oral cavity, infections and even cancers. Quickly determining exactly where the blood is coming from can give us a better understanding of the underlying cause. Read this page for information on the possible causes and treatment of nosebleeding in dogs.
Nosebleeding is rather common in humans, but it can be quite worrisome when it comes to our canine friends.

If you see your dog with a bloody nose, don’t panic. Stay calm and try to take a few moments to look carefully at your dog’s nose.

Wipe away the blood with a clean, damp, white cloth. This will enable you to see clearly where exactly the bleeding is coming from.

Check for bruises and cuts, as well as your dog’s breathing.

Place your cheek close to his nostrils and see if the passage of air through the two nostrils is the same, or if one nostril seems to be partially blocked.

Nosebleeds in dogs are generally caused either by a single, acute event (such as trauma to the nose), or by more chronic physical problems (such as a tumor). 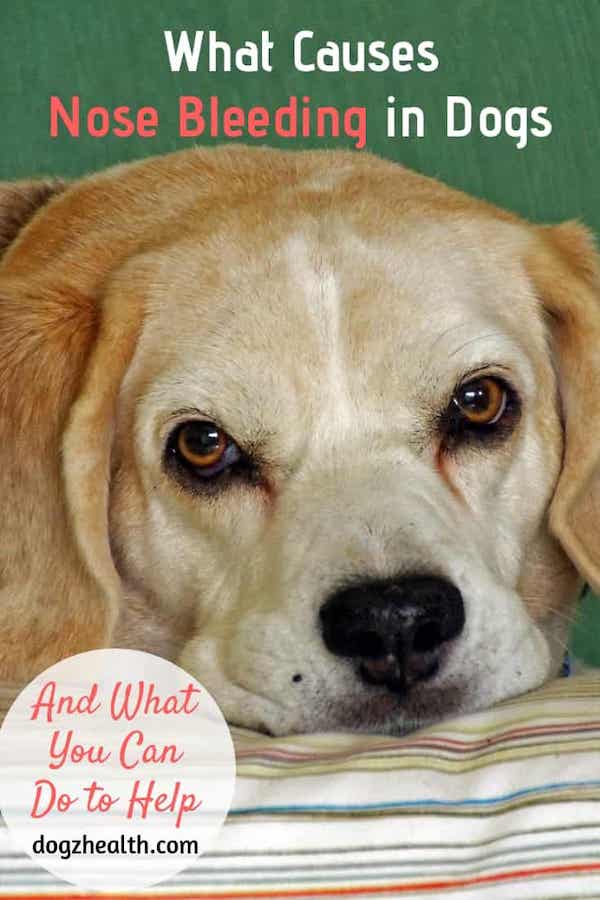 A foreign body (e.g. foxtails) that has found its way into the dog’s nasal passage can puncture a blood vessel and cause nose bleeding. The foreign body can also cause inflammation resulting in blood-tinged nasal discharge.

Trauma can be caused by lacerations of the nostrils by sharp objects, or puncture wounds such as bite wounds. Other objects such as thorns or barbed wire can also cause nose bleeding.

In addition, car accidents can cause nasal fractures. A hit by a hard object like a baseball bat may also fracture the nose. All these can cause a dog nose bleed.

Severe nasal bacterial, parasitic, or fungal infections can result in sneezing and bloody nasal discharge. Nosebleeds are often accompanied by bouts of violent sneezing which can aggravate the bleeding.

Problems in the Mouth

Any injury to the oral cavity, which has a direct connection to the nasal sinuses, can result in nose bleeding, especially if the dog is sneezing. Gum issues such as abscesses can also cause nose bleed.

A spontaneous nose bleed may be an indication of a blood-clotting disorder, such as hemophilia or von Willebrand’s disease. Tick-borne infections such as canine ehrlichiosis and Rocky Mountain Spotted Fever can also cause nose bleeding in dogs.

Vitamin K deficiency, commonly caused by ingestion of anticoagulant rat poisons, is another cause of spontaneous nose bleeding in dogs.

Some medications, such as aspirin products, can make a dog more prone to bleeding.

Nasal tumors are a common cause of chronic nose bleeding in older dogs. The nose bleed is from one nostril only.

If your dog is bleeding from one nostril, watch out for other symptoms, such as facial swelling, bad breath, frequent sneezing, and difficulty breathing.

How To Identify the Cause of Nose Bleeding

While examining your dog’s nose, ask yourself these questions in order to try to identify the exact cause of the nose bleed and determine the best course of action:

Did your dog recently have some trauma?

If your dog had some recent trauma, such as a collision with a hard object, the nose bleeding is likely to be caused by such trauma.

In that case, the key is to stop the bleeding and make sure that there is no serious injury. Apply a cold pack to your dog’s nose and keep it pointing upward.

Once the bleeding is under control, check your dog carefully for signs of physical injury (such as swelling, bruising, etc.) and neurological damage (such as confusion, balance issue). If you see any such signs, you should take your dog to the vet for further treatment.

Is the bleeding from both nostrils or just one?

If the nose bleeding is from one nostril, it could be a foreign object in the nasal cavity, in which case the nostril will also likely be partially blocked.

A blocked nostril makes a significantly higher pitched sound as air is forced through a narrower passage.

If you have an older dog, and the nose bleed is chronic and from one nostril, it may be nasal cancer. If any of these possibilities is present, a visit to the vet is necessary.

Does the nose bleed start spontaneously without any obvious reason?

If you cannot explain the onset of the nose bleed, you should take the dog to the vet for a thorough checkup to see if the bleeding is caused by clotting disorders or ingestion of anticoagulants.

Is there any sign of injury to your dog’s mouth?

As mentioned above, your dog’s nose bleeding may be caused by an injury to your dog’s mouth, so check his mouth as well if you cannot find any injuries to his nose or muzzle.

Keep your dog as quiet and calm as possible.

Apply an ice pack wrapped in cloth to the bridge of his nose. You can just grab a bag of frozen vegetables from the freezer if you don’t have anything!

If the nostril is bleeding and the bleeding site is visible, apply steady pressure with a gauze square.

Take your dog to the vet immediately if: