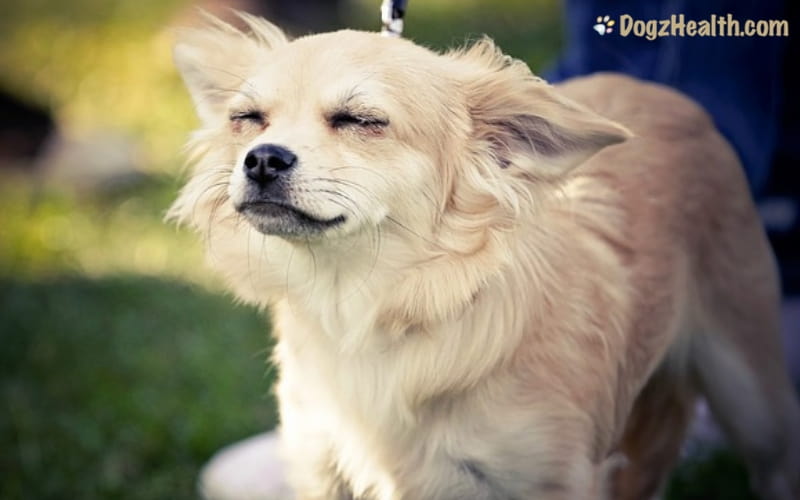 Dog shaking head could be due to some minor problems such as itching or irritation, but head shaking in dogs could also indicate some more serious problems such as ear infections, ear mites, or ear injuries. This post looks at some possible reasons as to why a dog is shaking his head incessantly.
Very often, dogs shake their head when something is irritating or tickling their face or ears causing them to feel itchy. Sometimes an insect bite or sting can also cause them to shake their head in order to bring relief from the irritation.

But when a dog is shaking his head persistently, it indicates that something more serious is causing the head shaking.

If your dog suddenly starts shaking his head repeatedly and incessantly, you need to examine him carefully, paying particular attention to his ears.

Look inside both ears to try to see if there are signs of infection, such as redness, heat, discharge, and foul odor.

Also gently feel your dog’s head including the ears for signs of pain and tenderness. In addition, check your dog’s skin for signs of dryness, irritation, infection, wounds, or parasites.

So, what may cause a dog to shake his head? There are a number of possible reasons, some require veterinary attention and treatment. Let’s take a look. 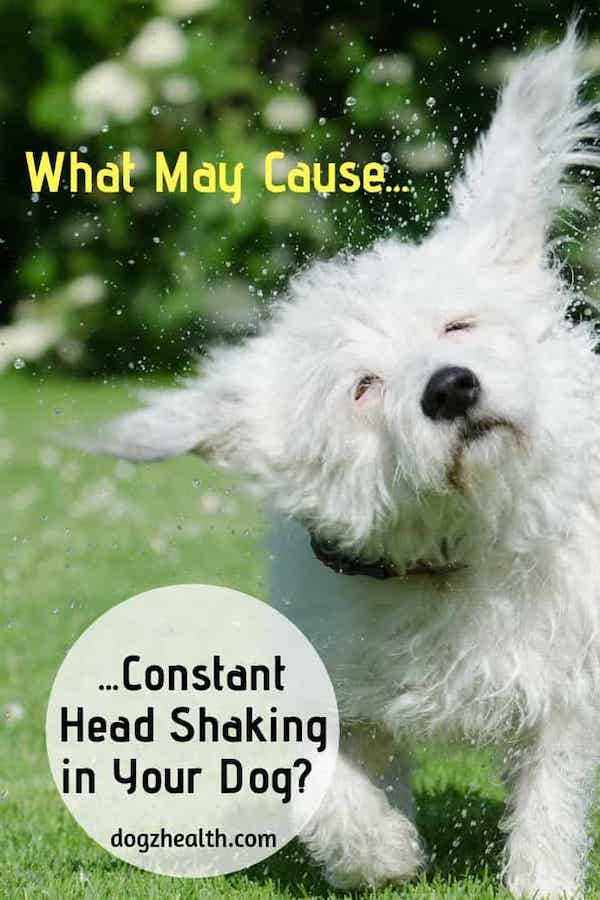 Ear Problems May Cause Head Shaking in Dogs

Perhaps the most common cause of dog shaking head is due to some kind of ear problems. For example:

Sometimes, persistent and violent head shaking can cause small blood vessels in the ear to rupture. This results in bleeding in the ear flap which collects under the skin, making the ear swollen.

This condition is called an aural hematoma.

Other times, aural hematomas may be caused by insect bites (e.g. tick bites, mosquito bites), excessive scratching, and so on. No matter the cause, aural hematomas irritate the dog, making him shake his head even more.

If you find your dog’s ear flap swollen and tender to the touch, you need to take the dog to the vet as soon as possible. The vet will use a needle to suction out the blood and fluid accumulated under the skin.

Depending on how much accumulated fluid there is, sometimes your dog need to return to the vet for a second suction.

Other Problems that Cause Dog Head Shaking

Besides ear problems, a dog may shake his head for the following reasons:

Your dog should also get veterinary attention if his head shaking is caused by an ear infection or other ear problems that cannot be resolved by home treatment.

Get veterinary attention if his head shaking is caused by an ear infection or other ear problems that cannot be resolved by home treatment.