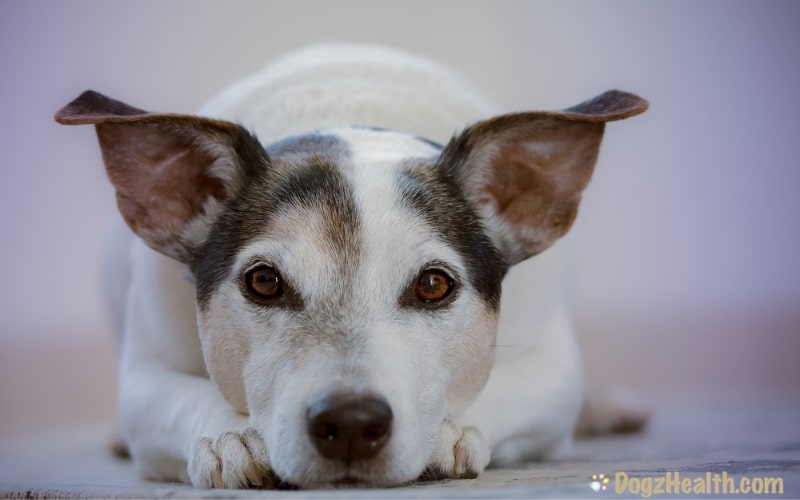 Vomiting is very common in dogs and is a symptom usually related to stomach problems, such as gastritis and stomach ulcers. But there are other health issues, some serious, that can cause a dog to vomit as well. Read on to find out more about some causes and treatment.
Vomiting occurs in dogs rather frequently because the area that controls and activates vomiting in a dog’s brain is well developed.

How can you tell if your dog is going to throw up?

There are telltale signs…

For example, your dog will feel anxious and restless. He will usually come to you for attention and comfort. Just before vomiting, the dog will drool and swallow repeatedly.

Do not confuse vomiting with regurgitation.

Vomiting is a forceful ejection of contents of the stomach and upper intestine. The vomitus is sour smelling and contains partially digested foods and yellow bile.

Regurgitation is a relatively effortless expulsion of undigested food from the esophagus.

So… what are some causes of vomiting in dogs? Let’s take a look. 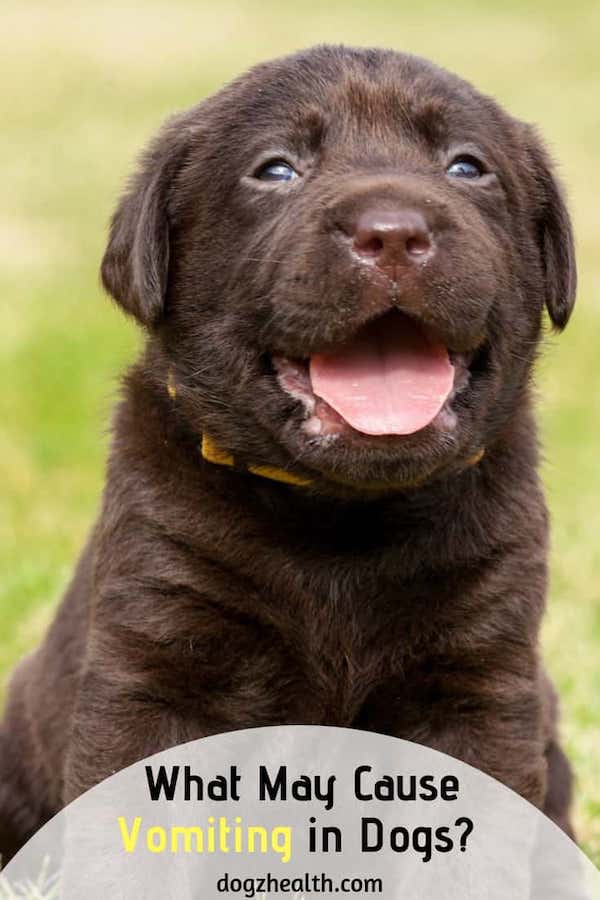 Causes of Vomiting in Dogs

A dog may have a sudden bout of vomiting episode for a day or so, or he may have chronic vomiting that lasts on and off for days, or even weeks.

Sudden onset of vomiting in dogs is almost always a symptom of stomach problems, such as:

If your dog gulps down food, try to slow him down by putting an object (e.g. a tennis ball) in the middle of the food bowl so he has to “maneuver” around the object.

Some dogs may vomit yellow bile on and off first thing in the morning. This happens more often in older dogs.

Vomiting bile usually means the dog’s stomach is empty! The solution to this problem is very simple – feed the dog more frequently. For example, give the dog a small amount of food before going to bed so the period in between meals can be reduced.

Some more serious stomach problems might be the culprit of chronic vomiting. For example, stomach ulcers, and stomach or upper intestinal cancer can cause chronic vomiting in dogs.

Besides stomach issues, some chronic diseases can also cause vomiting in dogs. They include:

Here is a deeper look at the various types of vomiting and their possible underlying causes:

Sudden repeated retching and vomiting that brings up a frothy and clear fluid suggests a stomach irritation (such as gastritis). Sometimes, persistent vomiting may suggest more serious health problems, such as acute pancreatitis, intestinal obstruction, and peritonitis (infection in the abdominal cavity).

Persistent retching and unsuccessful attempts to vomit (unproductive vomiting) is a typical sign of bloating.

Vomiting on and off over a period of several days or even weeks may indicate that the dog is suffering from certain chronic diseases. Some such chronic diseases include: stomach ulcers, chronic gastritis, liver or kidney disease, worm infestation, or diabetes mellitus.

Sometimes dogs may vomit blood. The blood may be fresh, red blood or old and partially digested blood that looks like coffee grounds.

Dogs vomiting blood are most likely to have stomach ulcers, stomach cancer or uremia (kidney failure). If your dog throws up blood, take him to the vet immediately.

What To Do To Help a Vomiting Dog

Occasional episodes of acute vomiting can be treated at home, if your dog is active and has had no previous health problems.

But if your dog is a young puppy, an older dog, or has a pre-existing chronic disease, it is advisable to take the pup to the vet.

Home treatment for vomiting includes fasting the dog, and giving fluids to prevent or treat dehydration.

If your dog is having a bout of acute vomiting, try to fast (no food and water) your dog for a minimum of 12 hours.

If vomiting stops, give your dog ice cubes to lick every three to four hours, then gradually increase the amount of water if vomiting does not reoccur.

You may also want to give your dog small amounts of a pediatric electrolyte solution in addition to the water.

It is easy to make a pediatric electrolyte solution. Here’s how:

Add 6 teaspoons of sugar, half a teaspoon of sea salt to about one liter of filtered water. Give about half a cup of this electrolyte solution to your dog after vomiting has stopped.

After 12 hours with no vomiting, small amounts of food (should be low in fat) can be given 3-6 times daily for a few days. Then increase the amount of food gradually until your dog can resume his normal diet.

An example of bland food is two parts boiled rice mixed with one part boiled ground beef or chicken.

For mild cases of vomiting in dogs, you may want to consider using natural home remedies such as:

You should take your dog to the vet if: