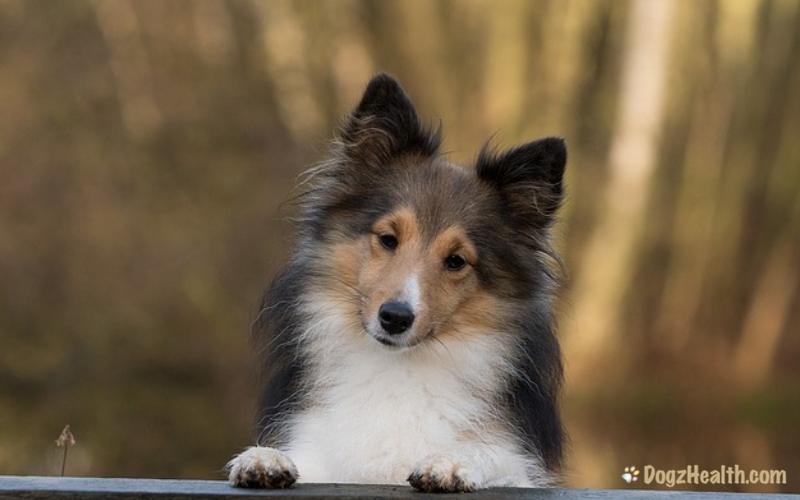 Flatulence in dogs is not just a stinky business – it may indicate some underlying dog health problems, such as inflammatory bowel disease, intestinal parasites, and others. Read on and learn more about some possible causes and treatment of canine flatulence.
It could be embarrassing if your dog passes gas when you are having a dinner party, but all dogs get a little gassy once in a while and we just have to put up with it perhaps with a good sense of humor.

After all, flatulence is a normal part of digestion. It occurs when food is not completely broken down in the intestine, resulting in a build-up of gases.

Much of this gas is absorbed into the blood stream, but some of it “leaks out” and becomes flatulence.

While passing gas once in a while is absolutely normal, persistent flatulence in dogs is another story. It can not only ruin your social life, but seriously it may mean that your dog is having some kind of health issue.

So what causes flatulence in dogs? Let’s take a look…

Causes of Flatulence in Dogs

Perhaps the most common reason why a dog becomes gassy is because the dog is eating too fast. This results in a large amount of air being swallowed (a condition called “aerophagia”). The air swallowed by the dog tends to travel quickly through the intestines, resulting in gas.

Another common cause of canine flatulence is eating certain highly fermentable foods that cause gas, such as beans, cauliflower, cabbage, and soybeans.

Also, many poor quality dog foods do not use meat as their main protein sources. Instead they use non-meat sources such as corn or wheat. But dogs cannot properly digest these protein sources since they lack the necessary enzymes. As a result, these undigested foods ferment in the intestine as bacteria feed on them. Fermentation produces gas!

Just like in people, if dogs don’t have enough exercise, they tend to have poor digestion. Poor digestion in turn can cause flatulence.

Constipated dogs tend to produce gas! To limit “gas output” by your dog, therefore, keeping him regular is crucial.

Visit our page on Constipation in Dogs to see some symptoms and causes of canine constipation, and Dog Constipation Remedies for some simple home remedies to prevent and treat constipation.

Persistent flatulence in dogs sometimes is an indication of certain underlying health problems.

For example, dogs with allergies tend to have stomach problems such as diarrhea and flatulence.

Other health problems that can cause canine flatulence include colitis, inflammatory bowel disease (IBD), parasites, viral or bacterial infections of the intestines, and cancer of the gastrointestinal tract.

Home Remedies for Flatulence in Dogs

If your dog is a bit gassy, here are several things you may consider to help fight the fumes:

Although different dogs react to food ingredients differently, it is usually protein that causes gas in dogs.

In addition, if your dog is gassy due to constipation, try to add more fiber to his diet. For example, add canned pumpkin or green beans to his food.

Also, as mentioned above, some foods can cause more gas production in dogs. You may want to limit the amount of such foods if your dog is particularly gassy.

Slow Your Dog Down

Many dogs have gas because they eat too fast and as such swallow a lot of air. To slow your dog down when he is eating, try feeding him three times a day instead of one big meal.

If your dog is by nature impatient, try to slow him down by putting a large object (e.g. a ball too big to be swallowed) in the middle of his food bowl. That way, he will have to pick around the object to get at his food, thus slowing him down a bit.

“Gassy” dogs tend to have a sluggish digestive system that is not functioning well. One common reason is due to a lack of digestive enzymes in the dogs’ diets.

If your dog has gas frequently, try solving the problem by giving him a supplement of digestive enzymes.

Normally inside a dog’s intestines there are “friendly bacteria” that helps the digestion process. Sometimes, however, for some reasons (e.g. after a course of antibiotic treatment), there are insufficient good bacteria in the dog’s system, which can result in flatulence.

To replenish the gastrointestinal tract with “friendly bacteria”, try giving your dog a supplement of probiotics.

Another treatment for flatulence in dogs is to use Simethicone Anti-Gas (Gas-X) to absorb intestinal gas. It is available over the counter for people and is safe for use on dogs as well. 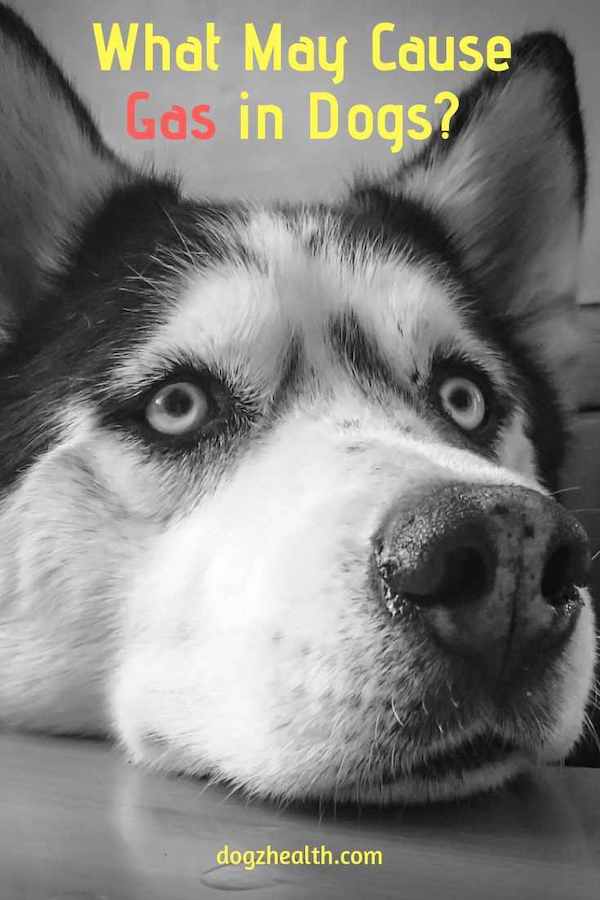