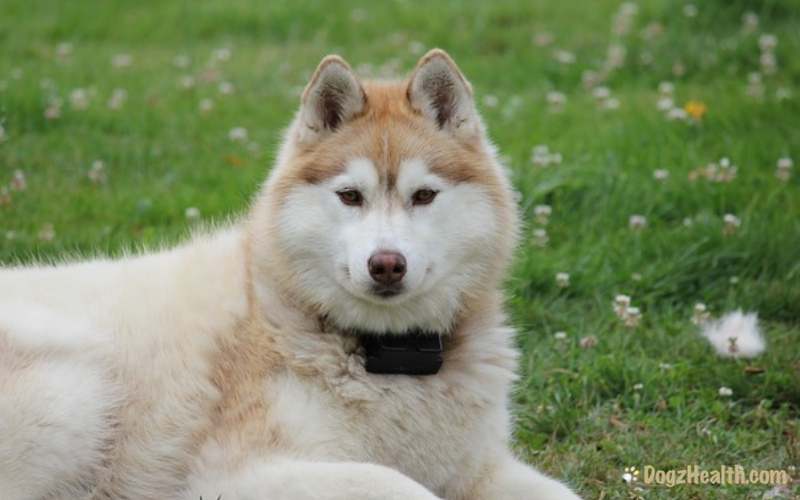 Giardia in dogs (canine giardiasis) is caused by a protozoan of the giardia species. It affects the dog’s digestive system resulting in symptoms such as diarrhea and vomiting. Read on to learn more about the symptoms and treatment of canine giardiasis.
Giardiasis is an infectious parasitic disease caused by a protozoa of the giardia species. Many people refer the disease simply to “Giardia”.

Transmission of the disease is through contact with infected fecal material. (The giardia cyst resides in the fecal matter of infected dogs.)

Dogs can get giardia infection by drinking contaminated water from streams and other sources with infected animal feces. It is possible for a giardia cyst to survive for several months in a warm water-based environment.

When the giardia cyst gets inside the small intestine of a dog, it opens up and out comes the active form of the giardia parasite. The parasite then attaches itself to the dog’s intestinal wall.

Reproduction of the parasite is by the process of cell division. Finally, after reproduction, the parasite encysts itself one more time. The cyst then emerges in the dog’s fecal matter.

In adult dogs, most infections are not serious. Dogs with a compromised immune system may show more symptoms.

Puppies and young dogs tend to have a higher rate of being infected. Dogs most susceptible to infection are those in shelters and boarding kennels.

Symptoms of Giardia in Dogs

As mentioned above, most cases of Giardia in adult dogs are mild. Some dogs do not show any visible clinical symptoms.

In more serious cases, an infected dog will show some symptoms in around seven to ten days of ingestion.

The most evident symptom of Giardiasis is diarrhea. In particular, an infected dog will pass a large amount of foul-smelling, watery or grease-like stools. The diarrhea can be acute or chronic, and it can be intermittent or persistent.

Besides diarrhea, there may be other symptoms such as:

A vet uses result of a fecal examination to get a diagnosis of Giardiasis. Identifying the cysts of giardia gives a positive diagnosis.

However, since an infected dog will not pass cysts in every bowel movement, absence of cysts in the fecal sample doesn’t necessarily mean that the dog does not have giardia.

The vet will rule out Giardia infection ONLY IF there are 3 negative fecal examinations. The fecal samples should be collected at least two days apart.

Another diagnostic test is the use of serology tests, such as ELISA.

Conventional treatment of Giardia in dogs includes using antibiotics. Or, sometimes the vet may also use dewormers together with, or instead of, an antiobiotic.

Metronidazole (Flagyl), an antibiotic, is a common medication for giardia in dogs. But it can cause fetal malformations, so pregnant dogs should not be given this drug.

Possible side effects of this drug include:

Fenbendazole (Panacur), a dewormer, is safer than metronidazole but can cause nausea and vomiting.

Metronidazole and Fenbendazole are about 70% effective in treating giardia in dogs.

Albendazole (Albenza) is sometimes used if the above medications are ineffective. However, the drug can also cause side effects such as fever, nausea, vomiting, and temporary hair loss. More seriously, it may cause bone marrow toxicosis.

Home Remedies for Giardia in Dogs

As you can see, conventional medications for giardia are not without side effects. For mild cases of canine giardiasis, therefore, consider using home remedies.

Home remedies such as the following are milder and do not have side effects:

GSE is effective in treating Giardia in dogs. You need to give GSE to your dog consistently for up to 14 days. (Dosage: 10-15 drops of GSE/10 lbs of body weight, 3 to 5 times daily.) Dilute the GSE with water and give it to the dog using a needle-less syringe.

Dr. Jean Hofve, a veterinarian in Colorado, suggests using digestive enzymes to treat giardia. For this to be effective, the enzymes should be given on an empty stomach.

(Dosage: 1/4 to 1/2 teaspoon, or one capsule, of enzymes mixed with a bit of water, given to the dog by mouth using a needle-less syringe).

Here is a suggested treatment schedule:

Why give the enzymes on an empty stomach?

The reason is that, with no food in the digestive system, the enzymes proceed to digest the parasites (such as giardia) in the intestine.


Prevention of Giardia in Dogs

Giardia occurs in dogs more commonly in the summer days, when many dogs enjoy swimming in rivers and streams. Unfortunately, if the river or other water bodies are contaminated with infected animal fecal matters, it is easy for the dog to get the disease.

If you are not sure that the river is clean enough for your dog to swim in, do not allow him to jump into the river!

Also prevent your dog from roaming free, when it is easy for the dog to ingest or get in contact with infected fecal matters as well.

Since dogs with weakened immune systems are more prone to infection, it makes sense to strengthen your dog’s immune system. A well-balanced, natural healthy diet is a good start. It also helps to supplement the diet with probiotics and digestive enzymes. 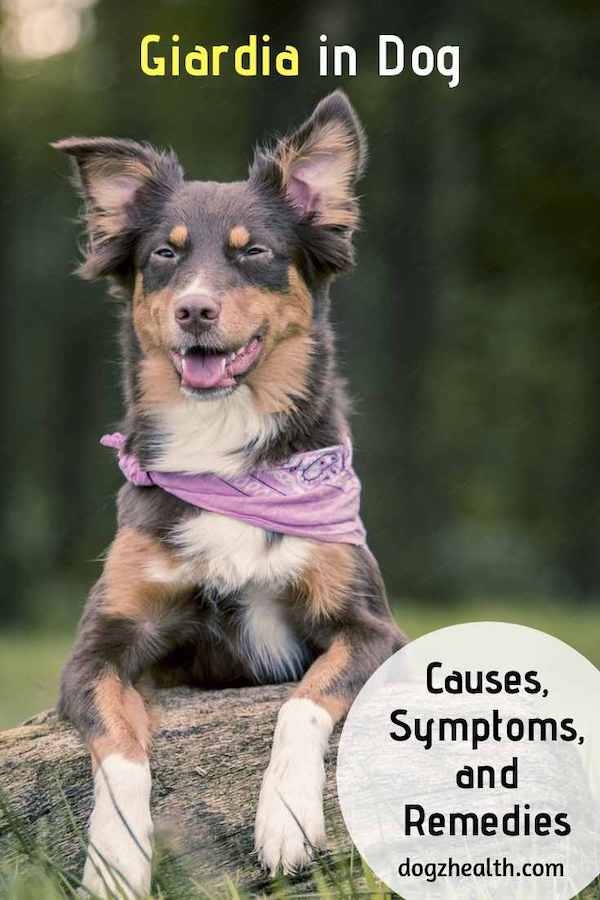