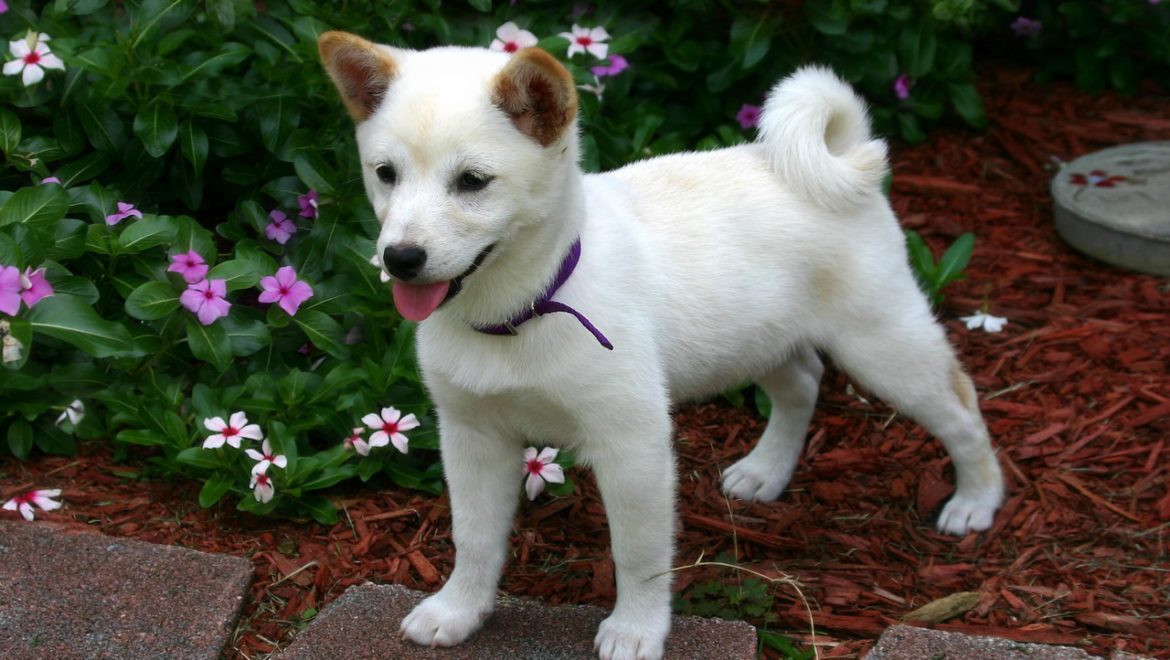 Inflammatory bowel disease in dogs refers to the inflammation of the lining in a dog’s GI tract. Symptoms depend on the part of the gastrointestinal tract that is being affected and may involve vomiting and/or diarrhea. Read on to find out more about the symptoms, causes, and treatment of canine IBD.

Canine inflammatory bowel disease (IBD) is a group of diseases involving a dog’s stomach, as well as small and large intestines.

Specifically, canine IBD is a condition in which the dog’s gastrointestinal lining is constantly being infiltrated by inflammatory cells (white blood cells).

As a result, the normal functioning and motility of the GI lining are largely compromised. This in turn affects the absorption of foods and elimination of wastes.

IBD tends to affect older dogs (those 8 years of age or over), although sometimes younger dogs are also diagnosed with the disease.

It appears that certain breeds are predisposed to IBD. They are the Basenji, German Shepherd, Chinese Shar-Pei, and Soft-coated Wheaten Terrier.

There are several types of inflammatory bowel disease in dogs, depending on the type of white blood cells and the part of GI lining they infiltrate. Generally speaking, all types of canine IBD are controllable, but are seldom cured.

Do not confuse inflammatory bowel disease in dogs with irritable bowel syndrome (IBS). IBS a stress-related diarrhea problem which usually occurs in nervous, high-strung dogs. IBS is treated by managing the dog’s stress.

Symptoms and Causes of Inflammatory Bowel Disease in Dogs

Symptoms depend on the type of IBD and the location of the GI tract affected.

Generally speaking, if the upper GI tract is inflamed, the dog will experience vomiting and watery diarrhea which may be yellow or greenish in color.

If there is bleeding in the stomach or small intestine, you can see dark, tarry stools. In more serious cases, the dog will experience weight loss as well.

If the lower GI tract is affected, the dog will experience frequent defecation (e.g. several small stools in an hour) and you can see that the dog is straining to defecate.

There may be fresh red blood and/or mucus in the feces which indicates bleeding in the lower GI tract. Usually the dog will have a normal appetite and does not show significant weight loss.

The exact cause of inflammatory bowel disease in dogs is not clear, but it is believed that a combination of factors, such as food allergy, genetics, bacterial infections, and abnormalities of the immune system, may be responsible.

Diagnosis and Treatment of IBD in Dogs

Diagnosis of canine IBD is made by endoscopy and biopsy of the intestine wall, in addition to blood tests, urinalysis, and fecal tests. Inflammatory bowel disease is diagnosed if the condition is chronic, and there is infiltration of inflammatory cells in the GI tract.

In addition, the presence of parasites (such as giardia) or bacteria (such as E. coli or Salmonella) have been ruled out.

Conventional treatment of canine IBD is the use of medications and special dietary manipulation to control the symptoms.

Hypoallergenic diets is usually used and can bring relief to some or even all of the symptoms.

Essentially, a hypoallergenic diet involves feeding the dog a novel food item (one that the dog has never eaten before) which usually includes a novel protein source and carbohydrate source (e.g. lamb and rice).

The dog will have to be on this diet for a couple of months, during which no other foods but this hypoallergenic diet is eaten.

If a hypoallergenic diet does not improve the condition, other diets may be tried. Generally speaking, low-fat diets low are better suited for dogs with IBD.

In addition to dietary control, conventional medications (e.g. corticosteroids such as prednisone; antibiotics such as Metronidazole; immunosuppressive agents such as Azathioprine) will also be used to treat inflammatory bowel disease in dogs.

Sometimes, drugs that control the symptoms (e.g. antidiarrheal drugs for diarrhea and/or antispasmodic drugs for vomiting) will also be prescribed.