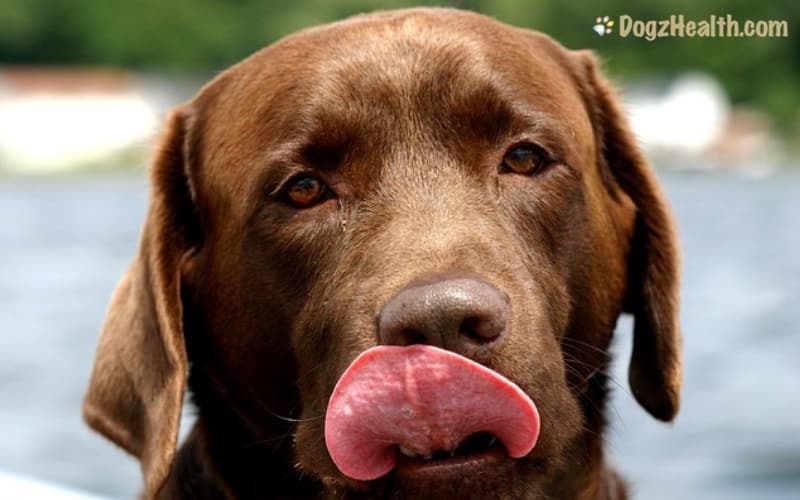 The Labrador Retriever is loyal, devoted, playful, and hardworking. He is patient with children and makes a wonderful companion and family dog.

Although he barks protectively, due to his friendly nature, he is not suitable to be a guard dog.

The Labrador Retriever excels as a guide dog or assistance dog for the disabled, a search-and-rescue dog and a sniffer dog.

If you are thinking of getting a Labrador Retriever, you need to know about the common health problems that may affect this dog breed.

Of course, not all Labrador Retrievers will be affected by the common health problems as described below. Just keep in mind that they are more predisposed to these illnesses. 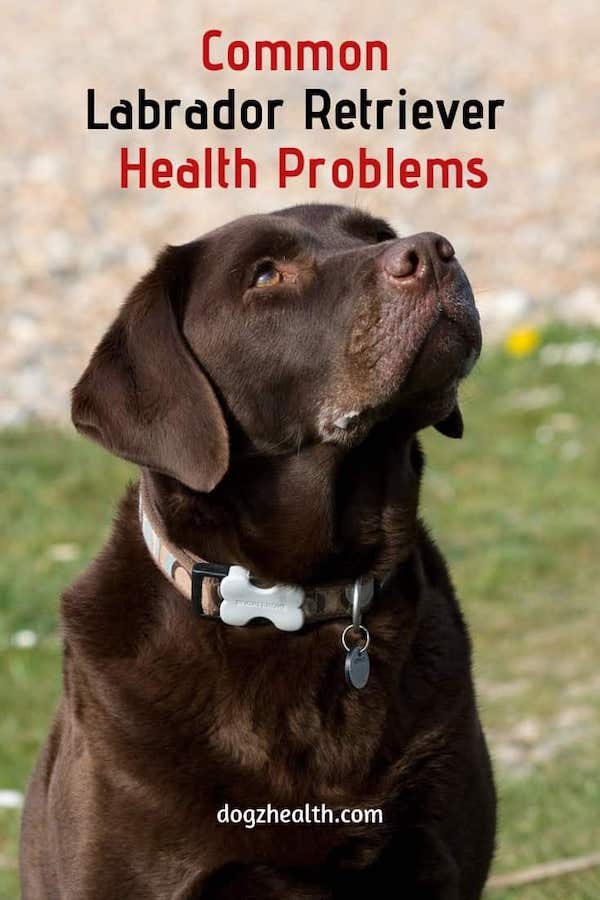 Labrador Retrievers are predisposed to the following joint problems:

Hip dysplasia is a genetic disease. It refers to an abnormal development of the hip joint. It affects mostly large breed dogs such as the Labrador Retrievers.

Specifically, there is malformation of the elbow joints. Because of the malformation, the bone or cartilage can be damaged.

The damage can cause the start of degenerative joint problems, such as osteoarthritis. Large breed dogs such as the Labrador Retrievers are predisposed to this disease.

Dogs with elbow dysplasia usually has different degrees of lameness in the front limbs. Lameness may start as early as 4 months of age. Surgery is the treatment of choice.

Treating cataracts by surgery may be possible but can be expensive.

Retinal dysplasia is an abnormal development of the retina. Specifically, folds are formed within the outer retinal layers.

Mild forms of retinal folds usually do not cause any problem in dogs. Sometimes, the abnormal folds may disappear with age.

Geographic dysplasia, on the other hand, may lead to retinal detachments and can result in totally blindness.

There is no treatment for retinal dysplasia.

Since dogs have acute senses of smell and hearing, they can compensate very well even if they cannot see so well.

If your Lab has retinal dysplasia, you can help him by developing regular routes for exercise, keeping his surroundings as constant as possible, and introducing any necessary changes slowly and gradually.

PRA is a group of eye diseases in which there is destruction of retinal cells in both eyes, leading to blindness.

The initial sign of PRA is night blindness. The dog may not want to go out at night. As the disease progresses, the dog will develop other signs of impairment, such as unwillingness to go down a flight of stairs.

Labrador Retrievers affected by PRA usually develop night blindness after 2 years of age and progress to total blindness by age 4.

There is no treatment for PRA. Fortunately, with their acute senses of smell and hearing, dogs who have lost their vision can compensate very well, particularly in familiar surroundings.

Problems of the Nervous System

Labrador Retrievers are also prone to several health problems related to the nervous system, such as:

This is an inherited disease in which there is a progressive degeneration of skeletal muscle (the muscles that are attached to the skeleton).

An affected Lab begins to show signs of weakness at 6 weeks to 7 months of age. They will show signs of exercise intolerance. They may have trouble holding up their head. Also, a Lab with this problem will bunny hop when running, and collapse after brief exertion.

Exposure to cold can make the symptoms worse.

The disease often stabilizes or improves by 6 to 12 months of age and many Labs can live a normal life.

Medical treatment (Diazepam) and keeping the puppy warm can be beneficial.

Epilepsy is a disorder of recurring seizures.

This problem can be idiopathic (that means the cause is unknown), which is believed to be inherited, or acquired.

Labrador Retrievers have a high incidence of idiopathic epilepsy. Seizures (usually of the grand mal type) begin between 6 months and 5 years of age.

Treatment usually involves the use of drugs (e.g. phenobarbital) to control the frequency and severity of the seizures.

Labrador Retriever health problems that are related to the circulatory system include:

This congenital condition usually involves a defective pulmonic valve and includes any defect in the heart. The defect makes it difficult for blood to exit the right ventricle and enter the pulmonary artery and lungs.

Because of the defect, blood pressure increases in the right side of the heart and in the vessels that empty blood from the body back to the heart.

Labrador Retrievers with mild symptoms may live normally without problems.

Treatment for severe cases involves the use of medication to alleviate congestive heart failure and/or arrhythmias. Surgical treatment may also be necessary.

This is also a congenital heart disorder in which there is a malformation of the heart’s tricuspid valve.

Specifically, the valve does not close tightly, causing abnormal blood flow and increases the workload of the right side of the heart.

Puppies with this problem usually tire easily. They are lethargic, unwilling to exercise, and have a right-sided heart murmur.

There is no cure for tricuspid valve dysplasia. A puppy with this condition can live for only one to three years, when they usually die of congestive heart failure.

Hypothyroidism is the result of an under-active thyroid gland. This can be caused by an autoimmune disease or other factors.

Symptoms are those associated with a slower than normal metabolism, such as weight gain, intolerance of the cold weather, weakness and lethargy, and skin problems such as hair loss and skin infections.

Diabetes mellitus is a common hormonal disease, and Labrador Retrievers are predisposed to this disease.

Typical initial signs of diabetes are frequent drinking and urination, having an increased appetite but losing weight.

Other Labrador Retriever health problems include:

Bloating is a condition that refers to distention of the stomach due to rapid gas fill-up.

Sometimes the bloated stomach rotates and becomes twisted. As a result of the twisting, blood cannot enter the stomach. Deep-chested, large breed dogs, such as the Labrador Retrievers, are prone to bloat.

This is an acquired disease that occurs in older large breed dogs, such as Labrador Retrievers. It is the result of damage to the nerves that control the movement of the larynx.

Signs include a croupy or “roaring” noise as the dog inhales, a progressive weakening of the bark, labored breathing, exercise intolerance, and fainting spells.

In severe cases, the dog can develop cyanosis (a blue color to the gums) from lack of oxygen. He may collapse and even die.

Treatment includes the use of medicines (e.g. sedatives and corticosteroids), and if medical therapy fails, the dog may require surgery.

Labrador Retrievers are predisposed to certain types of cancer, such as: