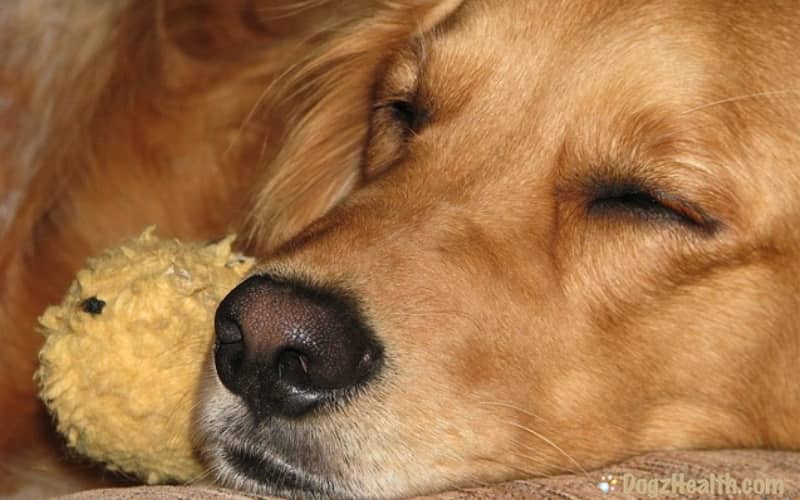 Lymphoma is a cancer of the lymphatic system and is a common cancer in dogs. What causes lymphoma? What are the symptoms and how to treat this type of cancer? Read on and find out!
The lymphatic system is a series of “tubes” and glands (lymph nodes) in the body. It is responsible for fighting infections and is an important part of the body’s immune system.

The cells in the lymphatic system is a type of white blood cells called lymphocytes. These cells attack and destroy viruses, bacteria, etc. and are also active in cancer surveillance.

The lymphatic system has its own circulatory system. The lymphocytes travel around the body in a clear fluid called lymph.

Occasionally, lymphocytes, the very cells that are supposed to protect the body against cancer, can develop into cancer cells themselves.

The result is lymphosarcoma, or commonly known as lymphoma.

The most common form of lymphoma is the multicentric form, which makes up about 80% of all cases.

In this form of lymphoma, cancer cells can be found throughout the lymphatic system, in many different locations of the body.

Lymphoma can spread very easily via the “tubes” that connect the whole body. Once lymphoma occurs, we can say for certain that the cancer has spread, because of the high mobility of the lymphocytes.

Lymphoma in dogs is common, especially among middle-aged and older dogs. Those from 5 to 9 years of age are susceptible.

In canine lymphoma, the lymph nodes are most commonly affected although other organs can also be affected. For example, the liver and spleen are common areas for lymphoma as well.

Lymphoma can also occur in the wall of the stomach or intestines. Sometimes, lymphoma can occur in the heart, the kindey, or the bone marrow. Occasionally, it occurs in the skin, the brain, or the eye. 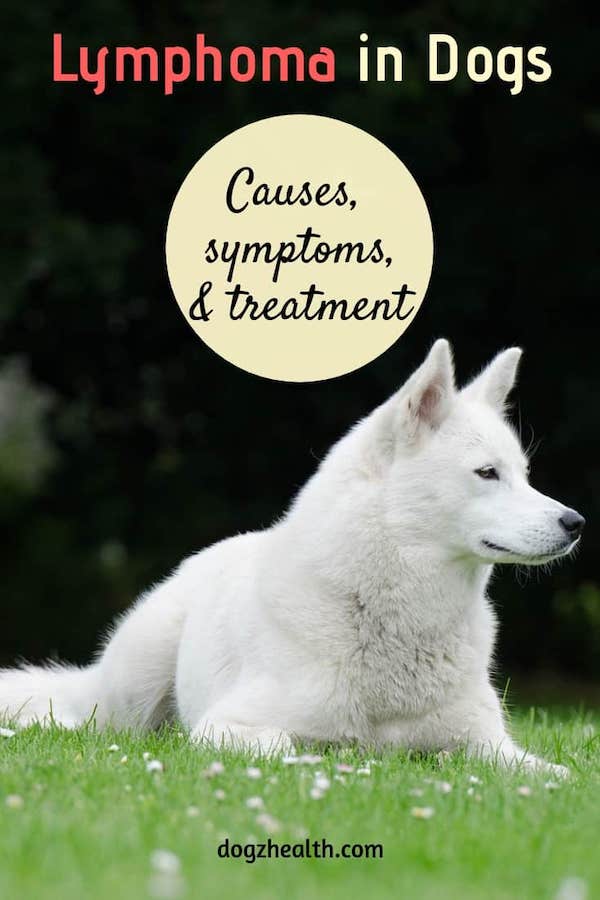 Causes of Lymphoma in Dogs

As in other forms of cancer, the exact cause of lymphosarcoma in dogs is not known.

It appears that certain breeds of dogs are more predisposed to this cancer than others. They include:

In addition, airborne carcinogens (cancer-causing agents) such as herbicides, paints, etc. may trigger lymphoma in dogs. A study at the Foster Hospital for Small Animals at Tufts University’s Cummings School of Veterinary Medicine showed that dogs who are exposed to lawn pesticides have a 70% increased risk of developing lymphoma!

Electromagnetic fields, such as those around high voltage circuits or power lines, may also be a possible trigger.

Airborne carcinogens such as herbicides, paints, etc. may trigger lymphoma in dogs.

Symptoms of Lymphoma in Dogs

Since lymphoma can affect different organs, the signs and symptoms of this cancer vary rather greatly.

In most cases, common but rather non-specific symptoms include:

There are also some more specific signs and symptoms, depending on the part of the body affected:

Diagnosis and Treatment of Lymphoma in Dogs

A vet will use a number of tests for diagnosis of lymphoma in dogs. They include:

Once the vet has made a positive diagnosis, the next step is to evaluate how advanced the disease is so as to plan an appropriate treatment.

As mentioned above, because of the high mobility of the cells involved, this cancer can spread very easily. In fact, in more than 80% of dogs, the cancer have already spread by the time of diagnosis.

The conventional treatment of choice for lymphoma in dogs is chemotherapy.

There is a drug mixture called COPLA which is a combination of cyclophosphamide, vincristine, prednisolone, L-asparaginase, and doxorubicin.

The survival rate with this drug therapy is about 6 to 10 months. Signs of cancer usually go away for about 6 months.

Single-drug therapy (using doxorubicin) is also possible and more convenient because it involves fewer treatments. About 4 in 5 dogs will respond to this drug and survive for approximately 9 months. About one in 3 dogs will survive for one year.

Recently, half-body irradiation is also available to treat some cases of canine lymphoma.

Understandably, lymphoma in dogs is never curable with surgery due to its widespread (whole body) involvement.