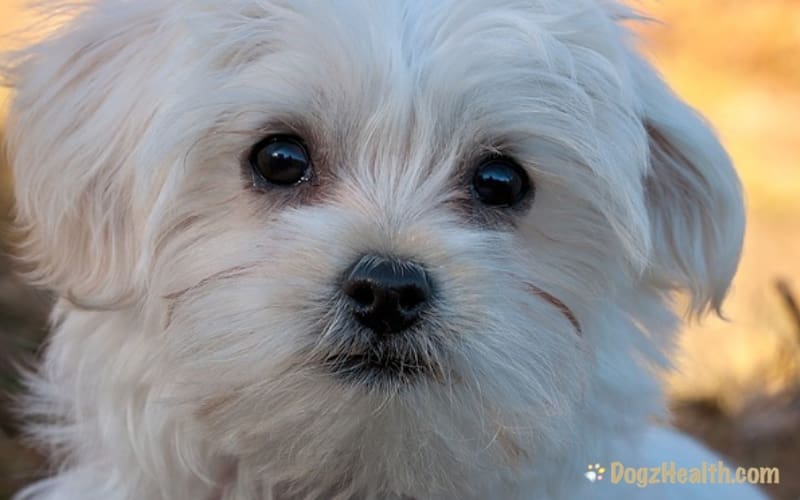 Common Maltese health problems include issues that many small dogs have, such as hypoglycemia, tracheal collapse, and dental problems. The Maltese is also susceptible to other health problems, such as eye problems (e.g. corneal ulcers), luxating patella, congenital deafness, and more.
The Maltese is one of the oldest European toy breed dogs.

Malteses are intelligent, affectionate, and known to be one of the most gentle-mannered of the toy breeds. They are also extremely active, energetic, and playful, making them wonderful companions and family dogs.

The Maltese is generally healthy and hardy, and has a lifespan of 12 years or more.

But Malteses are susceptible to several health problems that are common to small breed dogs.

If you are thinking of getting a Maltese, you need to know about the common health problems that may affect this dog breed.

Of course, not all Malteses will be affected by the common health problems as described below, but just keep in mind that they are more predisposed to these illnesses.

The Maltese is susceptible to several health problems that commonly affect small breed dogs, such as:

Small breed dogs such as Malteses tend to have tooth and gum diseases. Understandably so because of the small size of their mouth! The teeth in the small mouth are overcrowded and that makes it easy for dental problems to arise.

For example, food tends to be trapped between the teeth, causing plaque and tartar buildup which, if untreated, can result in periodontal disease such as gingivitis and periodontitis, as well as premature tooth loss.

Hypoglycemia, which is a state of abnormally low blood sugar, is one of the most common Maltese health problems. This can cause problems to the nervous system, resulting in seizures and even coma.

A hypoglycemic attack may happen without much warning, although sometimes a dog with low blood sugar level may show signs of lethargy, weakness, restlessness, and tremors.

The typical sign of this problem is a goose-honk cough, sometimes with gagging and harsh breathing, and made worse by stress and exertion. Coughing may also occur when the dog eats or drinks.

Bronchodilator drugs can treat mild to moderate symptoms. Also, do not expose your Maltese to stressful situations that may trigger coughing episodes.

In severe cases, surgery may be necessary.

It is advisable to use a harness (not collar) on a small dog like Maltese to protect the dog’s throat and airway. 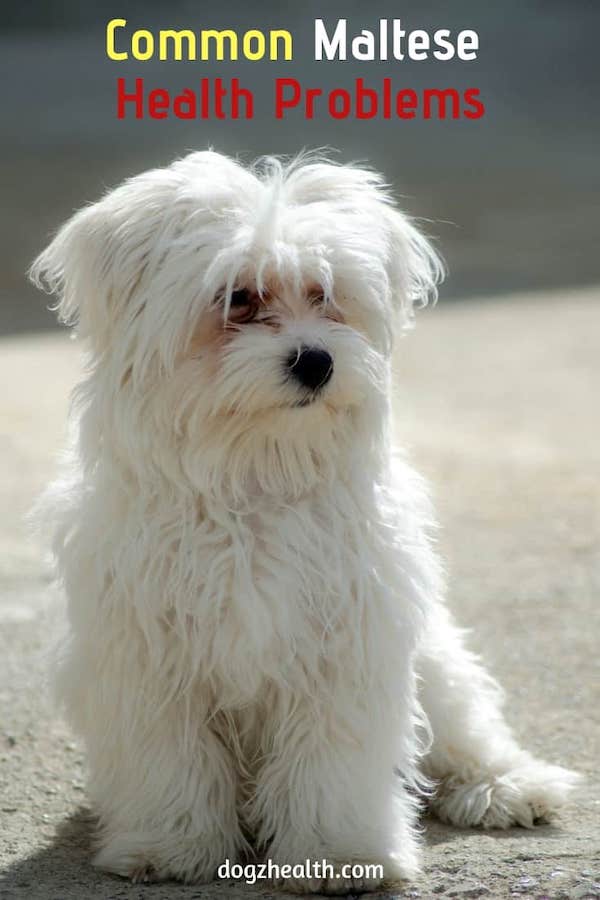 Maltese health problems that are related to the eyes include:

Maltese has long hair around the face. The hair in the nasal folds may grow up against the eyeball and rub against the cornea. This can result in eye irritation, such as conjunctivitis or even corneal abrasions, and is very likely to cause an excess of tear production.

The involved hair will be stained reddish-brown by the tears. Grooming regularly and removing the offending hair can solve the problem.

Malteses have big bulging eyes, so it is easy for them to sustain injuries to their eyes. Corneal abrasions and ulcers are injuries to the cornea caused by trauma, such as scratches.

Ulcers are deeper wounds that involve the middle and sometimes even the inner layer of the cornea.

Corneal ulcers are very painful and cause severe tearing, squinting, and pawing at the eye. A Maltese with a corneal ulcer usually avoids the light.

Prompt treatment is essential to avoid complications and even loss of the eye. Therefore, if your Maltese shows the above symptoms, take him to the vet immediately.

Other Maltese health problems that we need to pay attention to include:

Luxating patella is a congenital disease in which the alignment of the bones and joints of the hind leg is abnormal, resulting in a displacement of the patella to the side of the joint.

The main symptom of luxating patella is an intermittent hopping on the limb when the patella pops out of place.

Depending on the severity of the problem, dogs with luxating patella may need surgical correction.

This is a congenital heart defect in which the connection between the aorta and pulmonary arteries is not closed at birth as it normally should. This results in a heart murmur that can be felt through the body wall.

Patent ductus arteriosus affects many dog breeds including the Maltese. The treatment of choice is by surgery. Without surgery, 60 percent of affected puppies die within the first year.

Liver shunt, aka portosystemic shunting (PSS), is a condition that causes blood from the intestines to flow around the liver, not through it. Most cases of PSS are congenital in nature.

Small breed dogs (such as the Maltese) appear to be at higher risks of developing extrahepatic shunts.

Dogs with this condition have stunted growth and are usually weaker and smaller in size because they cannot get enough supply of proteins and therefore energy for growth.

Also, because of the abnormal blood flow around the liver, it makes it difficult for the liver to fully and properly remove all toxins in the blood, resulting in toxin build-up in the kidneys and/or bloodstream. Too much toxins in the blood can easily lead to seizures in dogs.

Extrahepatic shunts can be corrected by surgery relatively easily.

Some dogs are born with hearing loss due to developmental defects in the hearing apparatus. Congenital deafness can affect one or both ears. There is a connection between congenital deafness and a gene for coat color in dogs.

Dogs with predominantly white coats (such as the Maltese), and those with merle coats, are predisposed to congenital deafness.

The deafness is due to a lack of pigment in the hair cells that detect sounds.

Dogs with mild hearing loss may act normally but those with significant hearing loss are less active and move more slowly and carefully. As they cannot hear, they fail to obey verbal commands.

There is no treatment for dog deafness. However, most dogs cope very well with a hearing disability, and they can be trained to respond to hand and light signals.