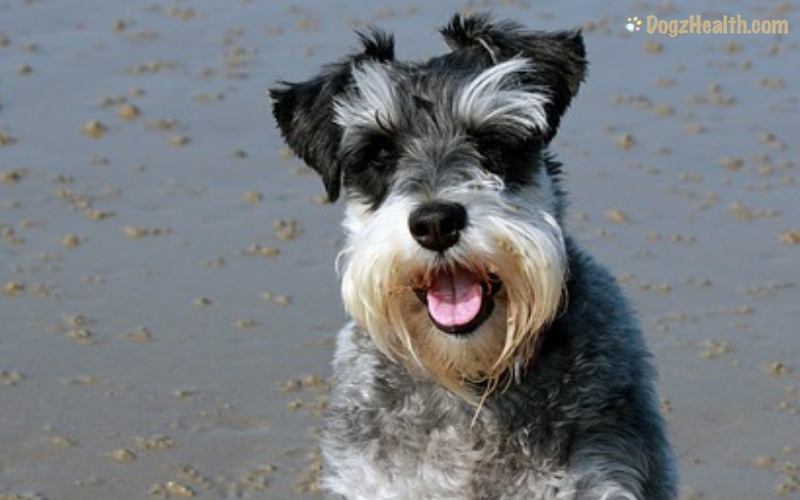 Pancreatitis in dogs can be acute or chronic. It is a condition in which the pancreas is inflamed and swollen. This page focuses on canine pancreatitis symptoms, causes, and treatment.
The pancreas is responsible for two major functions. One is to produce insulin for the body to use and store glucose. The other is to produce pancreatic enzymes that enable the body to digest and absorb fats and proteins in the digestive tract.

But the problem is, the digestive enzymes produced by the pancreas can not only digest foods, but also the dog’s body! That is, if there is a leakage of the enzymes into the body.

Canine pancreatitis can be in a mild form, or it can be more severe with hemorrhage. It can be acute or chronic. 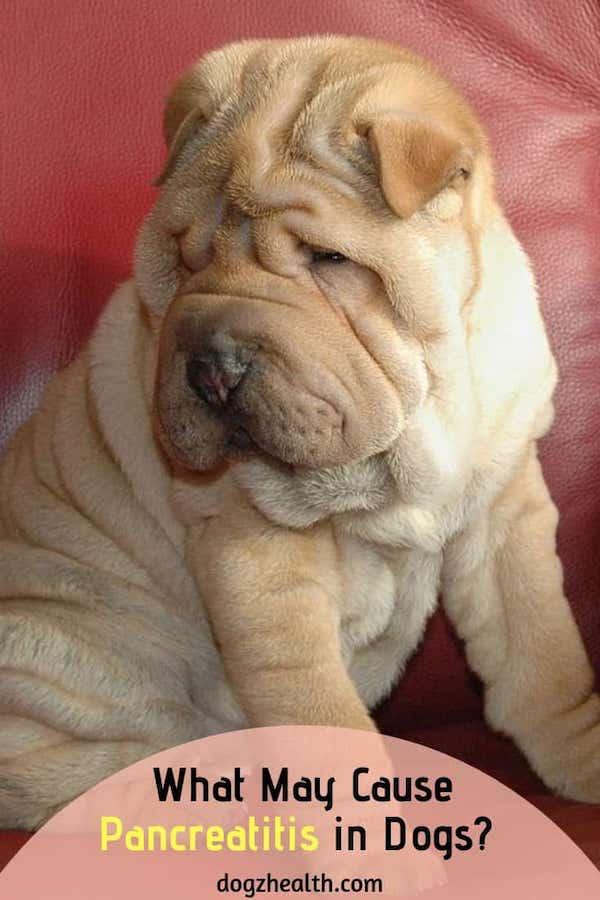 The result? The enzymes will start to digest other body organs. This causes permanent damage to the surrounding organs, such as the liver, bile ducts, gall bladder, and intestines.

Acute canine pancreatitis is characterized by symptoms such as sudden onset of vomiting and severe abdominal pain. The pain is the result of the release of the digestive enzymes into the pancreas and surrounding organ tissue.

The dog may cry out and have a tucked-up belly.

In severe cases, there may be signs of shock or total collapse.

One possible result of acute pancreatitis is a condition called pancreatic insufficiency. This condition occurs when a number of cells that produce the digestive enzymes are damaged.

When that happens, there are not enough enzymes to digest food, resulting in insufficient food digestion.

Another possible result of acute pancreatitis in dogs is diabetes mellitus (sugar diabetes). This happens when the pancreatic enzymes destroyed a large number of cells that produce insulin. In this case, the dog will need insulin therapy.

Some dogs, after suffering and recovering from an acute pancreatitis attack, may continue to have recurrent bouts of the disease (chronic pancreatitis). The symptoms may also tend to worsen over time progressively.

This is an acute and the most severe (often fatal) form of canine pancreatitis. The dog looks very sick with vomiting or signs of severe abdominal pain.

If you suspect this problem, get your dog to the vet immediately. Don’t wait!

Causes of Pancreatitis in Dogs

The exact cause of canine pancreatitis is unclear, but possible triggers are:

High fat diets, especially combined with low protein intake, tend to trigger pancreatitis in dogs. Even a single occasional high fat meal may cause pancreatitis in a dog whose diet is normally moderate or low in fat.

If your dog is prone to pancreatitis, you should be very careful to not give him any fatty food.

Dogs with certain diseases are more prone to pancreatitis. These diseases include Cushing’s disease, diabetes mellitus, hypothyroidism, and idiopathic hyperlipemia (a disease unique to Miniature Schnauzers).

Some medications could cause canine pancreatitis. They include:

Pancreatitis is most common in middle-aged or older dogs. Overweight spayed female dogs and dogs who are fed diets high in fat are especially vulnerable.

Diagnosis and Treatment of Pancreatitis in Dogs

A vet bases a diagnosis of pancreatitis on blood tests that show elevated amylase and/or lipase levels. He will also use the results of a canine pancreatic lipase immunoreactivity (cPLI) test to make the diagnosis.

He may also conduct an ultrasound examination. If the dog has pancreatitis, the ultrasound will show a swollen and enlarged pancreas.

Finally, the vet may even perform a biopsy of the pancreas.

Dogs with an attack of acute pancreatitis usually requires hospitalization for treatment of dehydration and shock.

The dog will not have any food, water and oral medications for 24 hours or more. This allows the pancreas to rest, which is the most important step in treating pancreatitis.

Instead of food and water, the dog will receive intravenous saline solutions to maintain fluid and electrolyte balance.

If the dog’s symptoms improve in the course of a few days, food intake in small portions can resume. The food should be bland, easily digestible, and low-fat.

Prevention of Pancreatitis in Dogs

Dogs who have recovered from an attack of acute pancreatitis are susceptible to recurrent bouts of the disease.

To prevent or minimize recurrence, veterinarians recommend the following :

Feed the dog a low-fat, moderate-fiber diet. Also, feeding the dog two or three small meals a day instead of one big single meal can avoid overstimulating the pancreas. No table scraps should be given.

Visit our page on Dog Food for Pancreatitis for more information on suitable foods and supplements for dogs with pancreatitis.

In addition to diet, weight control is a very important factor in preventing future attacks of pancreatitis. Overweight dogs seem to have more severe bouts of pancreatitis when it occurs and to have recurrences more frequently.

Exercise improves digestion and intestinal movements, resulting in a healthier digestive system. A digestive system in good condition is important in preventing pancreatitis.