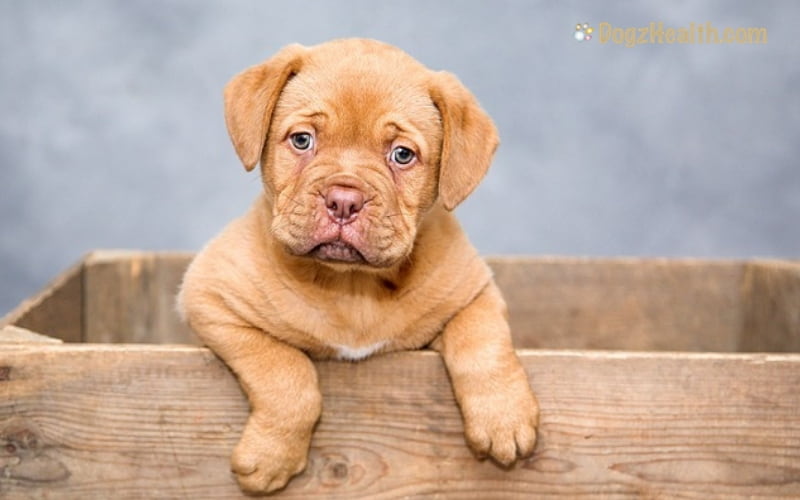 Puppy constipation can be caused by various reasons such as insufficient fiber and water intake. Sometimes constipation can also be caused by more serious problems such as an intestinal blockage.
Puppies usually go “poo-poo” 2 to 3 times a day, a short while after eating. Constipation refers to infrequent or no bowel movements, or the puppy is straining and having difficulty pooping.

Constipation in puppies is not particularly common but, when it happens, the constipated puppy will feel bloated and uncomfortable.

It can also be worrisome for dog parents if their puppies cannot relieve themselves for over a day or more.

When a constipated puppy does go to the toilet, he may have to strain to defecate and may even look painful. He may only be able to pass a small amount of stool which may be very hard and dry.

In severe cases, the constipated puppy may become listless.

There are quite a few possible causes for puppy constipation, some can result in serious health problems if untreated. 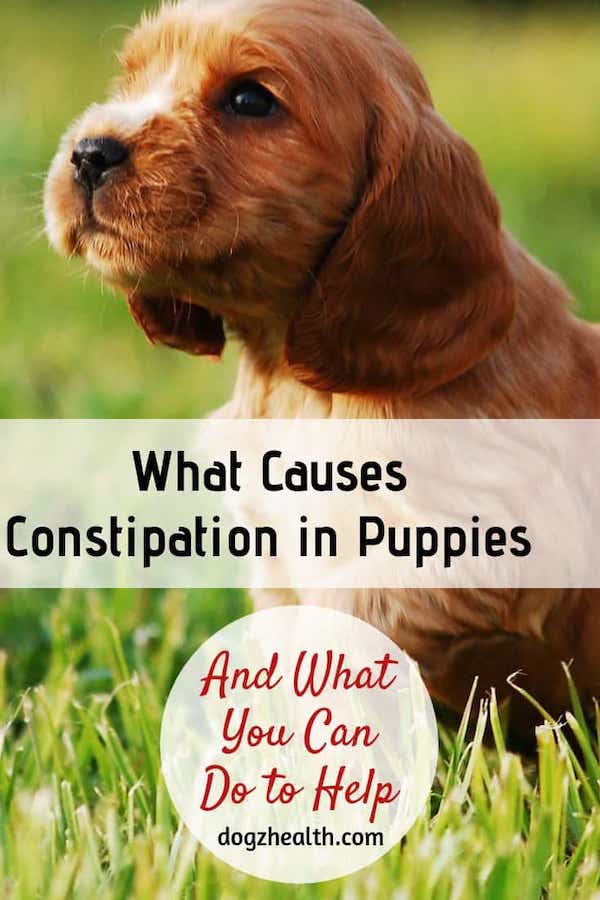 Some common causes of constipation in puppies include:

A puppy may become constipated if he does not have enough water or fiber in his diet. Try to encourage your puppy to drink more water.

Generally, you should give a puppy one ounce of water for each pound of body weight. You have to give more if the weather is hot and/or dry, or if the puppy exercises a lot.

Also, try to include more fiber in his diet by adding, for example, 1 teaspoon to 1 tablespoon of plain canned pumpkin to his food.

You can also give him fresh vegetables such as carrots and apples as snacks instead of dog biscuits.

If you have recently switched your puppy’s food to another brand or another type (e.g. from canned to dry food), your puppy may develop constipation (or diarrhea) if the switch over has been sudden instead of gradual.

If you want to change your puppy’s food, be sure to make the switch gradually over a period of at least one week.

Slowly, over the next few days, increase the new food to 25% while decreasing the old food, and so on.

Making the switch slowly and gradually eases the burden on the puppy’s digestive system and can prevent any GI problems such as constipation or diarrhea.

Making the switch slowly and gradually eases the burden on the puppy’s digestive system and can prevent any GI problems such as constipation or diarrhea.

If your puppy is a couch potato, he is more likely to have constipation due to a lack of exercise. Be sure to give your puppy regular exercise every day.

Sometimes for some long-haired puppies, poor or insufficient grooming results in great amount of hair blocking the anus, making it difficult for the puppy to defecate, resulting in constipation.

Sometimes puppy constipation is the result of an intestinal obstruction caused by the puppy eating something indigestible, such as small plastic toys, socks or household items.

An intestinal obstruction can be partial or complete.

Understandably, intestinal obstructions can lead to fatal consequences. If you suspect your puppy’s constipation is the result of an intestinal blockage, get him to the vet immediately for treatment.

Many drugs cause constipation in puppies and dogs as a side effect. Some of these drugs include antacids, antihistamines, iron supplements, and diuretics.

Take your puppy to the vet in any of the following situations – If your puppy:

Since constipation is in itself a symptom brought on by an underlying root cause, treatment of puppy constipation involves identifying, eliminating or controlling the underlying cause. At the same time, we should try to relieve the symptoms.

To relieve constipation in puppies, we may use:

For mild cases of constipation, try adding bulking agents such as methylcellulose, bran, or pumpkin to the puppy’s diet.

Your vet may prescribe products that contain lactulose and are safest to use on dogs. Milk of magnesia is also used as a mild laxative.

Stronger stimulant laxatives (e.g. Dulcolax) are effective in treating constipation. But these laxatives should only be used under veterinary supervision and as a last resort. Repeated use can interfere with colon function.

NEVER use OTC laxatives for people on your constipated puppy.

If you have a young puppy who is constipated, you can give him a tummy massage.

Use a warm, moist wash cloth and gently apply a little pressure on his tummy while stroking downward toward the anus. This action mimics a mother dog using her tongue to provide stimulation to produce a bowel movement after nursing.

There are also quite a few home remedies and natural products that you can use to relieve mild constipation in puppies. Please visit our page on Dog Constipation Remedies for more information.

For more serious cases of constipation, your vet may give the puppy enemas.