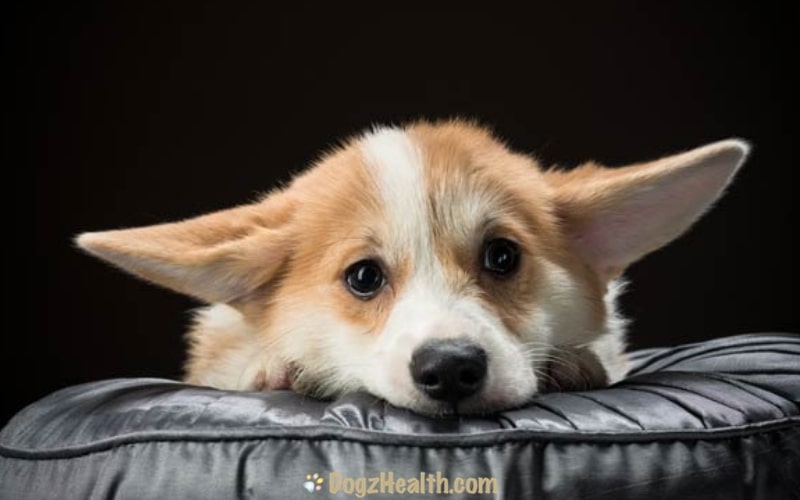 Causes of puppy vomiting can range from eating something indigestible to more serious health concerns such as worm infestation or infections. This page looks at some common causes and how to treat puppy throwing up.
It is rather common for puppies to vomit, and there is a wide range of possible causes – some more serious than others.

How can you tell if your puppy is going to throw up?

There are some telltale signs when your puppy feels nauseous and is going to vomit. Usually the puppy becomes anxious and may come to you for comfort and reassurance.

He then begins to drool and swallow repeatedly. He may have his tail down and his ears pinned back. His belly may then start heaving…

So why is your puppy throwing up? Is there a need to rush him to the veterinarian? It depends on the cause. Let’s take a look at some possible causes of puppy vomiting below.

Digestive Problems That Cause Puppy Vomiting

Perhaps the most common reasons of puppy throwing up are the results of some form of digestive problem caused by food:

Eating Something Indigestible or Toxic

One of the most common causes of puppy vomiting is eating indigestible substances (e.g. grass) that irritate the stomach lining. Sometimes the puppy may even have eaten something inedible, such as small toys, pieces of wood, small rocks, etc.

Even worse, your puppy may be throwing up because he has ingested some poisonous substances, such as antifreeze, or some toxic foods for dogs, such as chocolate.

If your puppy is vomiting, the first thing to do is to take a look at the vomitus to see if you can figure out whether the cause of your puppy throwing up is due to eating something he shouldn’t have. Also pay attention to other symptoms that he may be showing.

Symptoms of poisoning may include panting, drooling, weakness, lethargy, and convulsions.

Eating Too Much Too Quickly 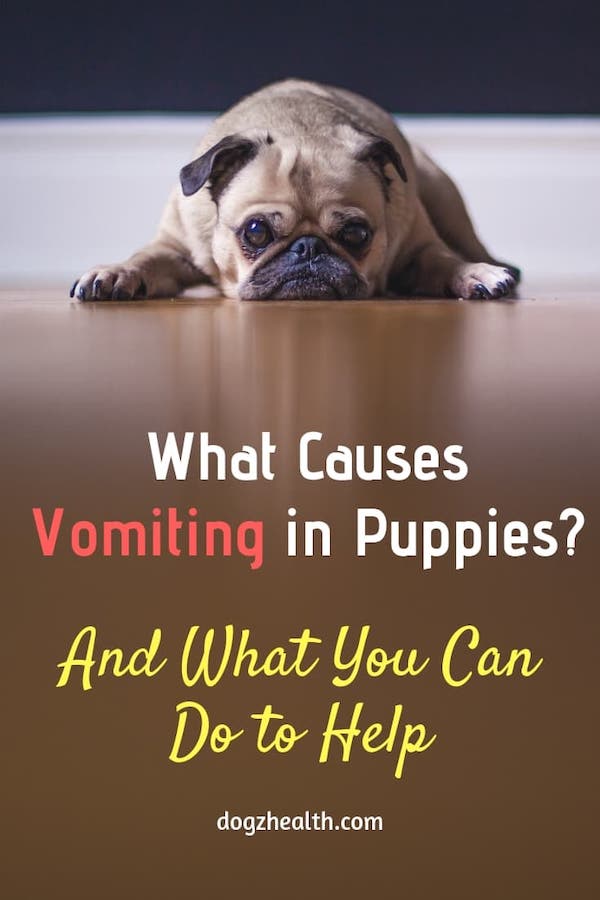 Overeating can also cause vomiting in dogs and puppies. In addition, puppies who eat their food too fast and exercise immediately after are likely to vomit.

If you have several puppies and you feed them from a single food dish, and some of your puppies frequently have after-meal vomiting, it’s likely that the puppies are eating too much and too fast since they feel they are competing for food.

Separating them or feeding them smaller meals can eliminate the problem of gorging.

Dogs and puppies vomit if they develop food allergy against certain ingredients in their food. Food allergy is also accompanied by other symptoms such as chronic ear infections, and intense itching.

In reality, real food allergy in dogs is rather rare, but food intolerance is not.

Other Causes of Puppy Vomiting

Besides digestive problems, puppy vomiting may also be due to other health problems, such as:

Heavy roundworm infestations may cause a puppy to vomit, accompanied by diarrhea, and you may find worms in the vomitus and/or fecal matter.

Common ones that may wreak health havoc in puppies include puppy distemper, parvovirus, giardia, and others.

Sometimes some medications (e.g. antibiotics, NSAIDSs) may cause adverse reactions in dogs and puppies. One such reaction is vomiting. If your puppy is taking some medicines, watch out for other possible reactions, such as diarrhea, skin rashes and irritation, weakness and lethargy, etc.

If your puppy vomits on a hot day or after having been out in the sun for a while, he may be suffering from a heat stroke. If you suspect heat stroke, check also to see if your puppy has a fever and other symptoms such as a bright red tongue and mucous membranes, and thick, tenacious saliva.

Heat stroke can be fatal so quick action to cool down the body is necessary.

As you can see, there are a lot of possible reasons for a puppy to throw up, and not all causes are serious enough to warrant an emergency trip to the veterinarian.

However, you should definitely take your puppy to the vet immediately if:

How To Treat a Vomiting Puppy

If your puppy is vomiting but is otherwise active, alert, and playful, you may want to first monitor his condition carefully at home.

But remember that puppies (especially the very young ones) do not have as strong an immune system as adult dogs and can succumb to diseases more quickly.

Take your puppy to the vet if he does not stop vomiting within 12 to 24 hours. Make sure that your puppy is not dehydrated.

In the meantime, unless your puppy is very young, you may want to withhold food and water for 12 hours.

If vomiting stops, give your puppy ice cubes to lick every three to four hours, then gradually increase the amount of water if vomiting does not recur.

You may also want to give your puppy some pediatric electrolyte solution in addition to the water.

After 12 hours and the puppy does not vomit any further, small amounts of a bland low-fat food can be given 3 to 6 times daily for a few days.

Then gradually increase the amount fed and slowly transition back to your puppy’s normal diet.

An example of bland food is two parts boiled rice mixed with one part boiled ground turkey, chicken, or beef. Make sure that the meat is lean and not fatty.

Seeing your puppy throw up can be scary but try to stay calm and find out the underlying cause of vomiting. The most important thing to do is to keep the puppy hydrated.

If the puppy can recover from a vomiting bout within 12-24 hours and is fine and can eat normally, there is no reason to get worried.

But if the puppy doesn’t recover in a day, or has chronic vomiting (i.e. vomiting on and off over a period of time), be sure to see a vet for treatment.