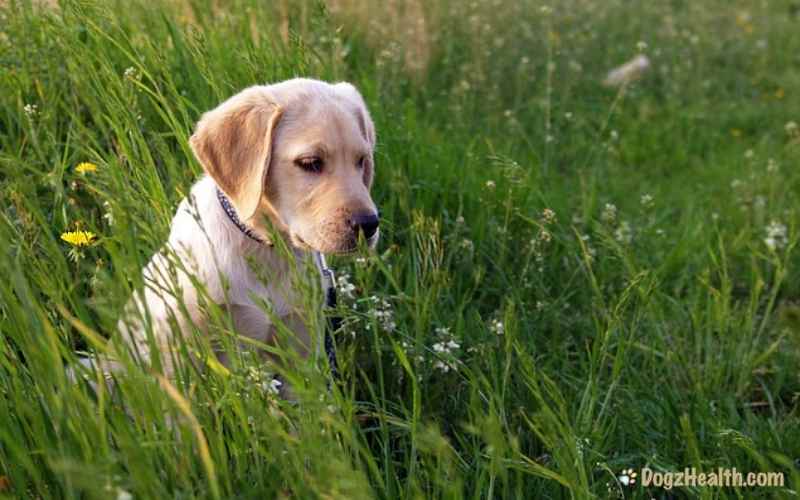 Roundworms are extremely common in dogs. In fact many puppies are born with the parasite. Roundworms are easy to spread and difficult to control. Learn more about the symptoms and treatment of canine roundworms here.
Roundworms, aka ascarids, have different species. Adult roundworms have a rather thick body and can grow up to 7 inches (18 cm) long. They live in a dog’s stomach and intestine.

The two species that most commonly infect dogs are Toxocara canis and Toxascaris leonina.

Roundworms are the one worm parasite that can frequently be found in dogs and cats.

The egg has a hard outer shell so it is very hardy and can live for months or even years in the soil.

Dogs can pick up the worms in various ways. Therefore, they can get infected easily.

It is important to understand the life cycle of roundworms in dogs if we want to use effective treatment to eradicate them.

The life cycle of T. canis in dogs is as follows:

Four Ways to Get Infected with Roundworms

There are four ways that a dog can get infected with roundworms.

Symptoms of Roundworms in Dogs

Essentially, the signs and symptoms of roundworms in dogs depend on various factors, such as:

In puppies older than 2 months of age, they may show symptoms such as intermittent vomiting and diarrhea.

Worms that look like strands of moving spaghetti may be found in the stool or vomitus.

If a very young puppy is infested, it will result in severe illness or even death.

Besides causing vomiting and diarrhea as described above, if a puppy is infested with adult worms, you can also see the following signs and symptoms:

If the infestation is serious, the puppy may become anemic. A large number of worms in a small puppy’s small intestine can cause intestinal obstruction which is fatal.

When the roundworm larvae migrate to the puppy’s respiratory system, the larvae will cause coughing and breathing difficulty in the puppy. Sometimes pneumonia will result.

If you find worms in your dog’s stool or vomitus, there is a good chance they are roundworms (especially in a puppy).

Newborn puppies should have fecal tests for the presence of roundworm eggs.

Older puppies and adults should also be tested for roundworms regularly.

Conventional treatment of roundworms in dogs is using deworming medications. There are quite a few effective dewormers, some are over the counter and some are prescription.

Dewormers work by anesthetizing the adult worms. As a result, the worms cannot hang on to the dog’s intestines and can be passed with the stool.

It is therefore not uncommon to see worms (alive and moving) in your dog’s stools after a course of deworming treatment.

Dewormers cannot kill worms that are in their larval stage, so a second, and sometimes even a third deworming is needed to get rid of worms that were in the larval stage during the first deworming treatment.

With the above in mind, puppies should be dewormed by 2 weeks of age, and deworming treatment should be repeated at 4, 6, and 8 weeks of age. 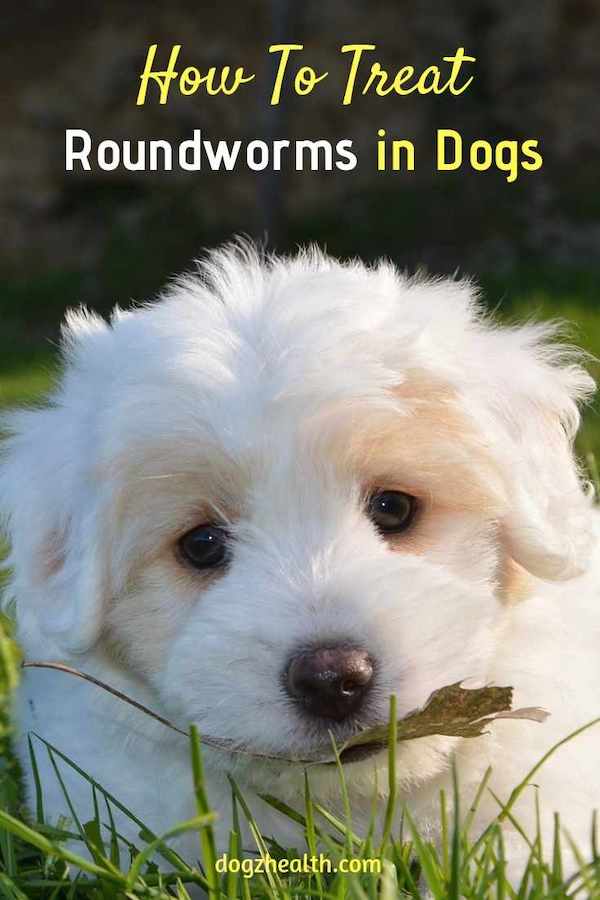