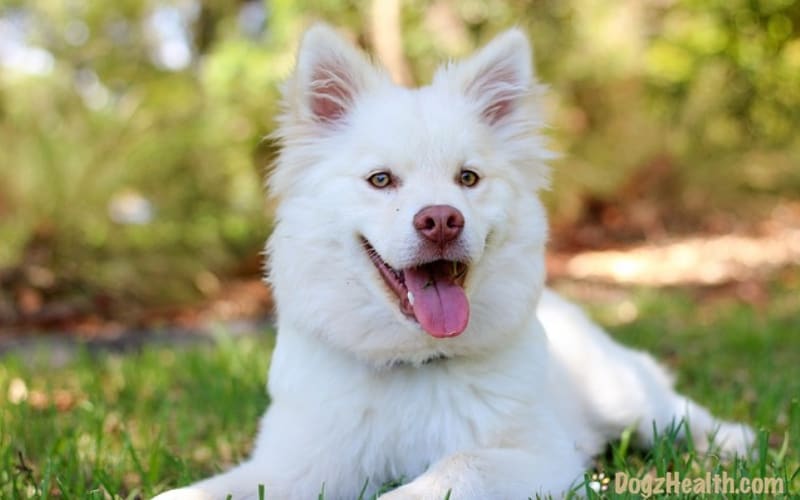 Sneezing in dogs is a symptom of some form of nasal irritation. It can be caused by many different reasons, some may be serious. This page looks at the various causes of dog sneezing and the action that should be taken in each case.
Like us, dogs sneeze from time to time. Occasional sneezing in dogs is normal and is no cause for worry. But of course if a dog is sneezing a lot and repeatedly, it’s another story.

Repeated sneezing is a symptom and not an illness by itself. It is an early indication of some type of nasal irritation.

In particular, if the sneezing is violent, non-stop, or accompanied by a runny nose, it can mean your dog is suffering from a health problem. Be sure to visit the veterinarian to find out the underlying cause so that appropriate treatment can be given. 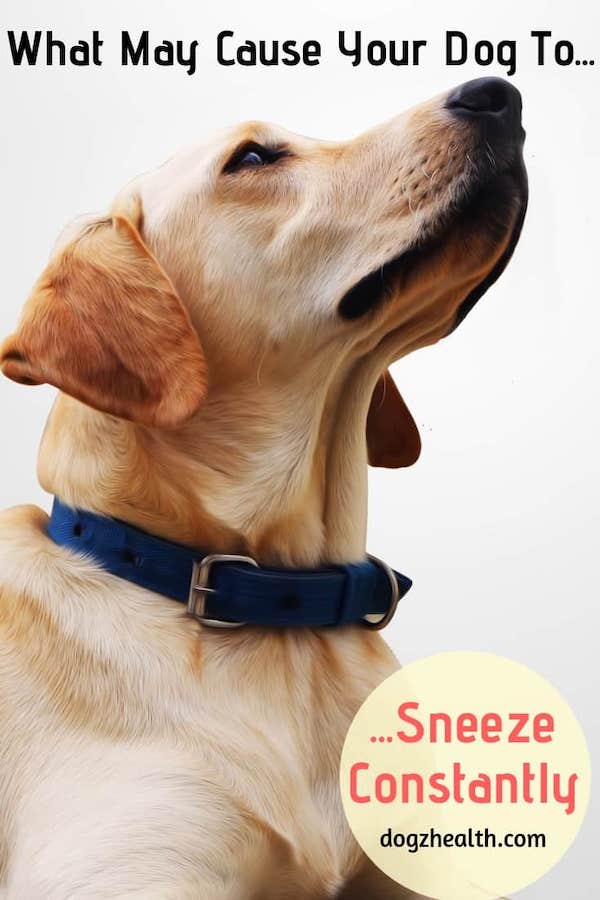 Sneezing in Dogs and Nasal Discharge

A dog with a runny nose usually means that there is some kind of irritant in the nasal passages. Irritants also cause sneezing, so sneezing and nasal discharge tend to happen together and can sometimes mean a serious condition.

You can try to determine the cause of sneezing in your dog by asking some of these questions:

Does your dog sneeze only in the spring and summer?

Allergies such as canine atopy are often the cause for seasonal bouts of sneezing. Look for other symptoms such as a watery nasal discharge, face-rubbing, scratching, and chewing on the skin.

See our page on canine atopy for treatment.

Does the sneezing happen right after coming back from the outside?

Dogs like to sniff and sometimes they may have inhaled foreign bodies such as grass seeds, wood chips, etc., resulting in partial or complete obstruction of a nasal passage, pain, inflammation, and sneezing.

Usually, if the sneezing is caused by foreign bodies, you will also find nasal discharge from one nostril. Sometimes the discharge will be blood-streaked because foreign bodies erode and irritate the the mucous membranes.

If you can see a foreign body that is close to the opening of the nostril, you can try to remove it using tweezers. If that is unsuccessful, you need to take your dog to the vet because the foreign body tends to migrate deeper into the nasal cavity.

Did you see any swelling to your dog’s face?

Trauma to the face and insect bites or stings are common causes of facial swelling associated with sneezing. If your dog seems to be in great pain and you suspect blunt trauma, get him to the vet immediately.

If it seems like an insect bite or sting, so long as he is not wheezing or having difficulty breathing, you may want to give him a dose of Benadryl. This may reduce the swelling and possibly stop the sneezing.

Does your dog have a fever?

Sneezing accompanied by fever indicates upper respiratory tract infections caused by virus (such as parainfluenza virus) or bacteria (such as Bordetella, Streptococci). It may also indicate nasal tumors. Veterinary care is necessary.

Any blood-streaked nasal discharge coming from one nostril of your dog?

Is Your dog reverse sneezing?

When a dog reverse sneezes, he usually stands up, extends his neck, and breathes in hard and forcefully, making a snorting sound.

Reverse sneezing in dogs is quite common and it’s a way for dogs to expel whatever there is from the upper respiratory tract that is causing irritation.

If your dog reverse sneezes for a short period of time, try to help him by stroking and massaging his throat. But if the reverse sneezing doesn’t stop, you need to get him to the vet to find out what irritants are causing the problem.

To recap, take your dog to the vet if: