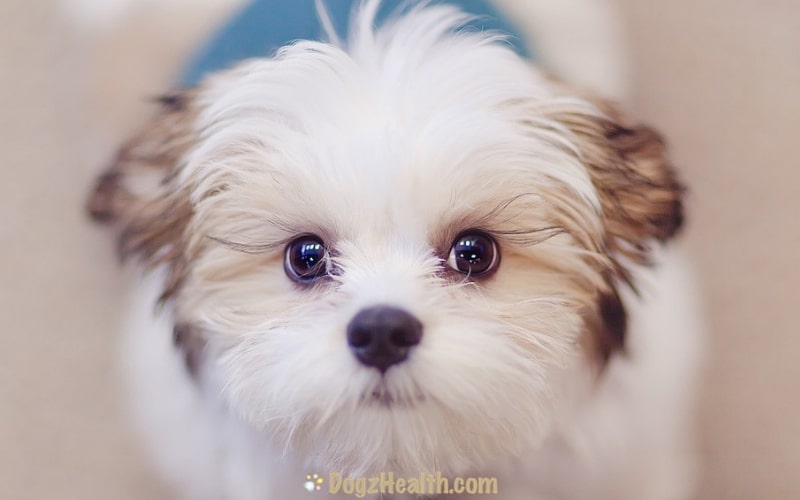 Swimmer puppies are puppies that cannot walk and stand upright. Instead, they paddle their legs like a turtle. Learn more about the symptoms, causes, and treatment of swimming puppy syndrome here.
Health puppies begin to stand at 14 days and have a rather steady gait by 3 weeks of age. If a puppy cannot stand and walk by week 3, the puppy may be a “swimmer”.

A swimmer puppy is a puppy with weak adductor muscles that pull the legs together. As a result, the puppy lies flat on the floor and paddles around like a turtle.

The legs affected can be the fore legs, the hind legs, or all four, although the hind legs are usually more severely affected.

The exact cause of this syndrome is unknown. It could be congenital. Breeds that seem to be more susceptible to this condition include:

There are other “theories” as to what causes this syndrome, such as: 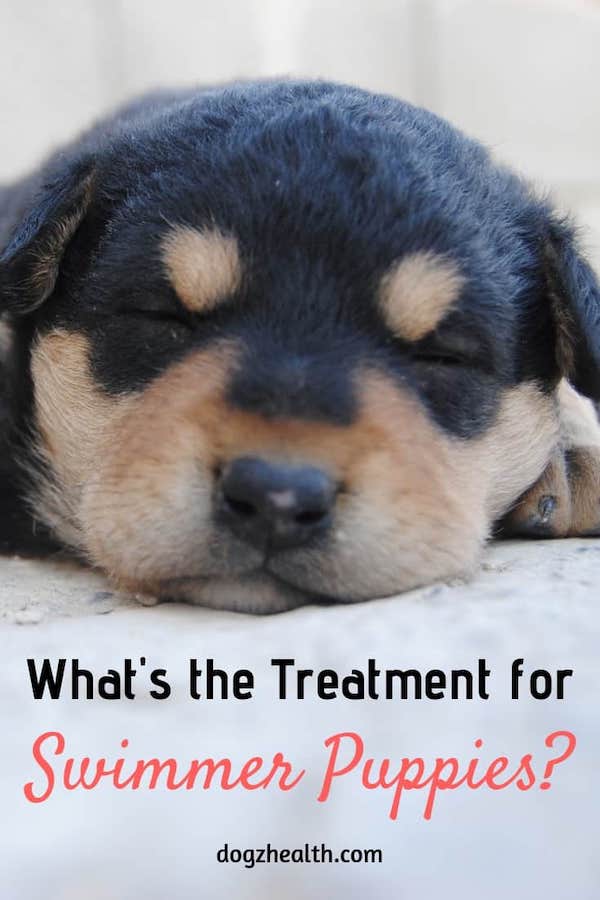 The clinical symptoms are that the puppy cannot stand up and cannot walk normally.

Swimmer puppies move by making swimming or snake-like type of movements. They stick their legs out to the sides and paddle around like a turtle.

As these puppies cannot stand up, their thorax and abdomen are compressed. They are flat-chested from lying on their stomachs and have abnormally narrow chest cavities.

As a result, they regurgitate the milk that they have drunk and cannot breathe properly. The puppies have trouble filling their lungs, so they often breathe with their mouths open.

Because the compressed abdomen, puppies with this problem may also suffer from constipation.

Swimmer puppies may also have joint deformities such as medial patellar luxation because of the abnormal angles of their limbs.

In most cases, the condition will go away as the puppy grows and the adductor muscles develop and strengthen.

In a case study, the researchers found that home care treatment involving food and environmental control, as well as physiotherapy such as massage helped treat a 50-day-old puppy.

The result of the study was amazing – after 40 days of treatment, the puppy was able to walk normally!

Other things that can be done to swimmer puppies to help them recover include:

At first glance, swimmer puppies may face a dire situation due to their inability to stand up and walk.

But, as shown in the home treatment above, special care and regular massage, as well as a clean and hygienic environment, can go a long way in helping a puppy with this condition.

Here is an inspiring video of a swimmer puppy who beat the odds and was able to not only walk but run on four legs: